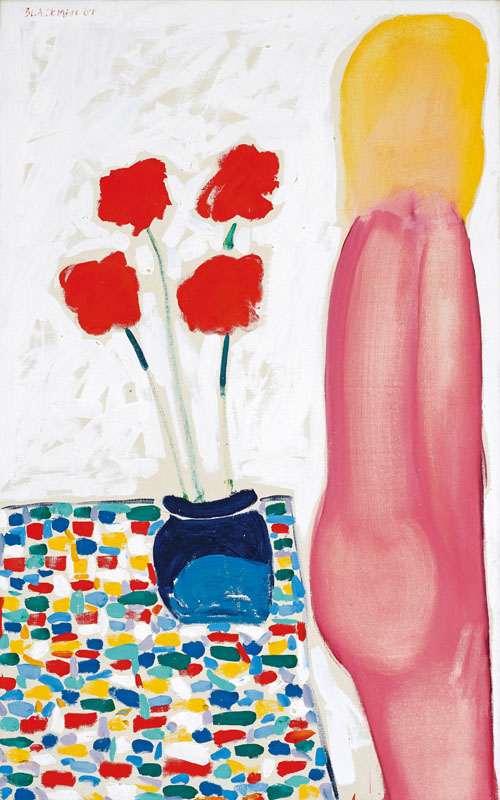 By the late 1960s, when the present work was created, Charles Blackman had already exhibited his three major series: the Schoolgirls paintings of 1951 to 1954, the Alice in Wonderland paintings of 1956, and the Faces and Flowers paintings of the late 1950s – all motifs that he returned to throughout his career. Having cemented his place in the Australian art scene, Blackman and his family moved to London in 1961 where he exhibited at Whitechapel Gallery. However, missing the warm weather and sunny beaches of Australia, the family moved back to Sydney in 1967, the same year he painted Nude - The White Room. As Barbara Blackman wrote in a letter to Baillieu Myer that year, ‘Charles is happy to be back and tied to the apron strings of old Mother Harbour.’1 The couple visited London the following year, 1968, for The Leicester Galleries exhibition in which this present work was shown, before finalising their move back to Australia by way of shipping their remaining London possessions to Sydney.2 Also included in this exhibition were several similar nudes, including Nude – The Blue Room (cat.4) and Nude – The Transparent Room (cat.5).

Nude - The White Room can be seen as a continuation of Blackman’s celebrated Faces and Flowers paintings from the late 1950s, with the nude form replacing the close-up female face, but the flowers remaining a constant. The Faces and Flowers pictures emerged in the immediate aftermath of Blackman’s much celebrated Alice in Wonderland paintings, and the two series are closely related in their depiction of female subjects alongside vibrant natural forms. Indeed, the mop of yellow-blonde hair in the present work is reminiscent of his depictions of Alice.

In his Faces and Flowers pictures the female faces are depicted with expressions of introspection and vulnerability, emotions that are repeated here in the woman’s body language, her shoulders high and tense as she turns her back on the flowers and the viewer. The soft shape of her pink body contrasts with the sharp edges and bright, primary coloured tabletop behind her. Blackman has dispensed with the chiaroscuro effect of his earlier works, where flowers seem to illuminate the shadowy faces of the women, instead filling the room with swathes of red paint stark against the white-walled background. Red flowers were a favourite of Blackman’s, and the following poem written by Blackman resonates eloquently with the present painting:

The colour of the poppy
An incandescent stain
from point to point.
The petalled unfolding
examines the dream
within the flower…3

When Blackman was first learning to draw as a young man in the early 1940s, he attended life drawing classes. He saw these classes as fundamental to any artist’s education, describing them as, ‘a unique institution… every artist who has not participated in this area is missing something essential from his experience. All through history painters have worked from the model, it is a universal truth.’4 This formal training in depicting human anatomy is the solid foundation underpinning his work. It allowed him to imbue his figures with a palpable sense of emotion with a few well-chosen lines of the body, as expertly executed in Nude - The White Room. 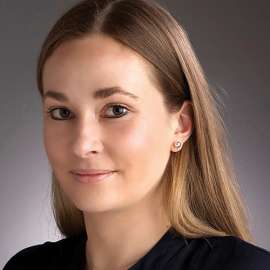 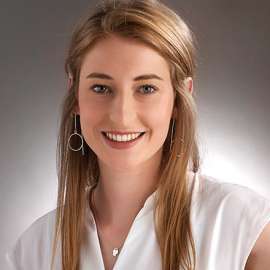 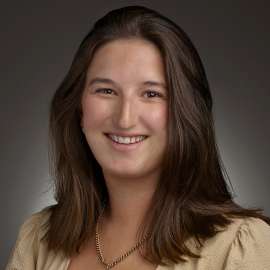 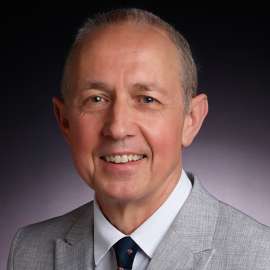 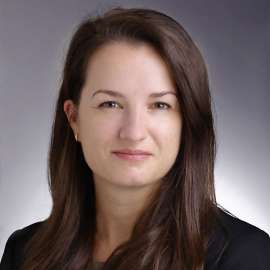