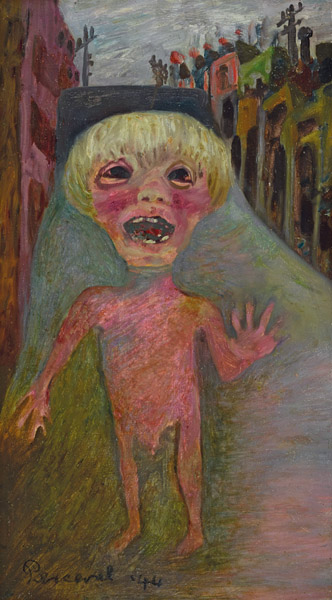 At the start of the third decade of the 21st century many Australians are feeling destabilised and concerned about their lives, both in the immediate and longer term. The current conditions help put into perspective the events that shaped the lives of young Australians a century ago, in the years following the Great War of 1914-1918. John De Burgh Perceval, born in 1923, arrived into a nation that had lost 40,000 young men on the battlefield and, as the survivors arrived home, Australia was thrust into the influenza pandemic that claimed another 14,000 lives locally, and more than 50 million worldwide. Just as life began to regain some normality, the world was plunged into the Great Depression, to be followed soon after by the Second World War, a conflict that would come right to Australia’s doorstep.

John Perceval’s young life was never easy. His father, Robert South, a wheat farmer in Western Australia, was a difficult man and his mother had to flee an abusive relationship, eventually starting a new life on the other side of the continent in the Melbourne suburb of Williamstown. Little seemed to go right for the young man and at the age of fifteen he was struck down with poliomyelitis, one of the most virulent and devastating conditions of the day. Many died of the disease and most who did survive were left with some permanent disability. John, now using his stepfather’s surname of Perceval, suffered a withered right leg. It is not surprising that he grew into a young man with a range of emotional difficulties. One positive outcome of his long recuperation was that he took to art as a form of therapy during the months of enforced inactivity in hospital. His recovery took a year and, although without any formal art training, he managed to secure a position as a commercial artist at the Mutual Store in Melbourne. Despite his obvious disability, he chose to enlist in the Australian Army in December 1941, two months before his 19th birthday. While unfit for frontline service, his drawing skills allowed him to work in the cartographic section, where by chance he met another young artist recruit, Arthur Boyd (1920-1999). The two were kindred spirits and, just three years later he married Arthur’s youngest sister Mary. Perceval struggled both physically and emotionally with the discipline of Army life and was discharged after just nine months in uniform, allowing him to concentrate on his career as an artist. Perceval eventually found work at the new Boyd pottery, beginning an artistic interest that would lead to some of his most memorable works, his series of ceramic angels.

Perceval joined the Contemporary Art Society and befriended the younger artists who were using it as a vehicle to push their modernist credentials. Like Arthur Boyd and Albert Tucker (1914-1999), Perceval began to produce a series of highly emotional, strongly expressionist works, which were part autobiographical and partly a heartfelt cry against the horrors of war. Perceval created tortured images of adults and children on the mean streets of the inner suburbs, taking his cue from the expatriate Cossack Danila Vassilieff (1897-1958), whose loosely constructed depictions of Melbourne street life had such a profound influence on many of the younger artists of the city. Boy Crying on a Carlton Street is a strangely moving work, the naked child bathed in an unnatural, almost ethereal light as he stands midway between the rows of Victorian terraces. With his mop of straight blonde hair, we imagine him as the artist in childhood, supremely unhappy and lost, not in the bush but on a hard, local street. It is perhaps curious that he was to paint such a harrowing and personal image just at the time his life took a positive upward step with his marriage to Mary Boyd. The painting struck a chord with many and has become one of the most widely exhibited works in the artist’s oeuvre, starting with The Formative Years at the Museum of Modern Art in Melbourne in 1961 and, a year later, the seminal Rebels and Precursors exhibition at the National Gallery of Victoria.  In 1988, Boy Crying on a Carlton Street was included in a major touring exhibition curated by the Australian National Gallery (now NGA), which travelled to London’s Hayward Gallery and the Tate Gallery, Liverpool.  The painting also featured in the last major retrospective of John Perceval held at the National Gallery of Victoria in 1992.