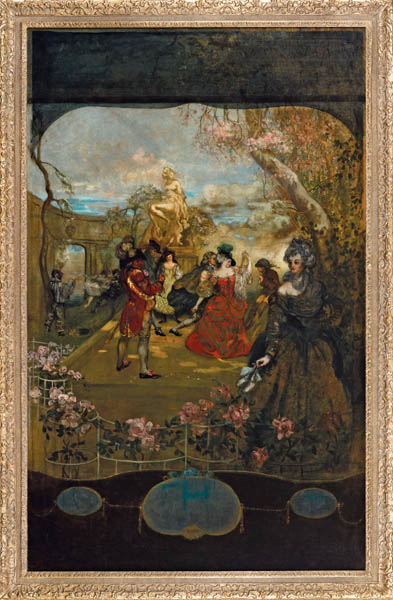 By in Blog
Lot:
Scaramouche

This picture is an outstanding example of ‘aesthetic eclecticism’. Conder painted an imaginative collage which draws upon eternal themes. He created a theatrical setting in which the scurrilous Commedia dell’Arte character, Scaramouche, is clearly up to no good as he observes the dalliances f others at a Fragonard - like fete galante. Other Commedia characters are seen to the left. The setting is sylvan with elegantly arranged anonymous figures subservient to the visual story. He manages to convey both the natural light of day and theatrical lighting from the wings.