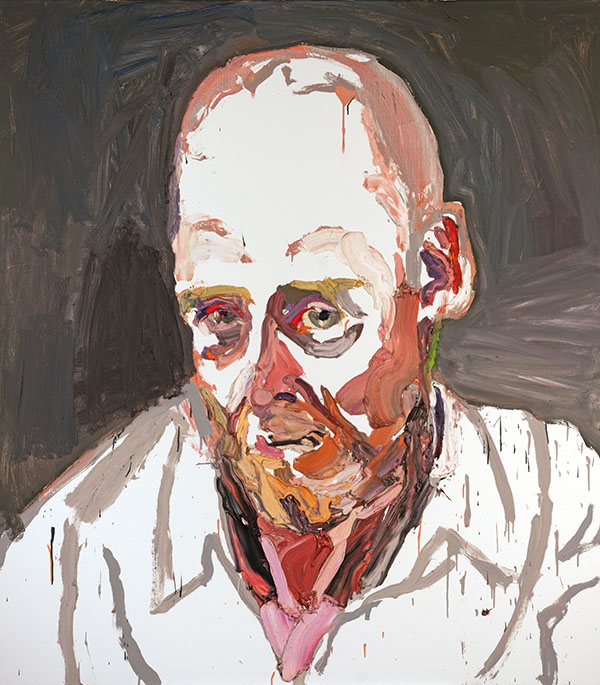 The Australian War Memorial has a proud tradition of commissioning artists to examine and depict the Australian experience of war – Arthur Streeton (1873-1930) and George Lambert (1873-1930) were both official war artists during the First World War; Nora Heysen (1911-2003) and William Dargie (1912-2003) during the Second World War and more recently, Rick Amor (born 1948) and Shaun Gladwell (born 1972). The Official War Art Scheme contributes to our understanding of the Australian experience of war and, as Brendan Nelson, former Director of the Australian War Memorial explains, ‘gives vital expression to commemoration’.1

Historically, the work produced by artists during wartime typically depicts heroic battlefield scenes, servicemen and servicewomen bravely performing their wartime duties and portraits of military leaders sitting proudly in uniform. The body of work produced by Ben Quilty during his commission as official war artist in Afghanistan in 2011 deviated from the traditional depictions of war and its associated detritus. In this instance, the artist chose to depict its psychological and emotional impact on the individuals he came to know during his deployment.

Upon accepting his residency with the Australian Defence Force, Quilty felt it was not his job to air his own views on war or report on the struggle of the Afghan people but to listen to and share the wartime experiences of Australian service personnel. ‘It was not just about my experience of Afghanistan but the experience through the eyes of these people of their extreme eight months in one of the wildest places I've ever been.’2

Rather than observe at a safe distance, Quilty engaged closely with the men and women serving in Afghanistan, exploring and investigating their lived experiences of war. The intensity of the environment and the weight of responsibility often stifled any opportunity for ADF personnel to share the emotional load that is carried by those on the frontline. During his deployment, Quilty spent many hours talking to the Australian servicemen and servicewomen, these conversations revealed the courage and humility beneath their military exteriors.

The present work is a portrait of Air Commodore John Oddie, who served as the deputy Commander of Air Forces in the Middle East between February and October 2011. Following Oddie’s return to Australia, Quilty invited him to a portrait sitting at his studio. Oddie found the process to be confronting, an unpacking of the emotional burden he had carried for years. ‘Either through a lack of insight or through an unwillingness…I wasn’t always admitting the truth to myself about my life. Ben really took that out and put it on a table in front of me like a three course dinner…’.3 The portrait is a reflection of the man behind the rank, coming to terms with the impact of war on his life. Through his characteristic heavily-worked paint surface, the artist provides an insight into the immense burden carried by ADF personnel returning from conflict. Quilty completed three portraits of Oddie, who remarked once the works were finished, ‘you’ve painted me exactly how I feel’.4

The present work is representative of Quilty’s mature oeuvre and reveals a deep understanding of the complex psychological effects endured by returned veterans. Through these portraits, Quilty has provided the servicemen and servicewomen’s families, colleagues and the nation a legacy of enduring importance – the gift of insight.