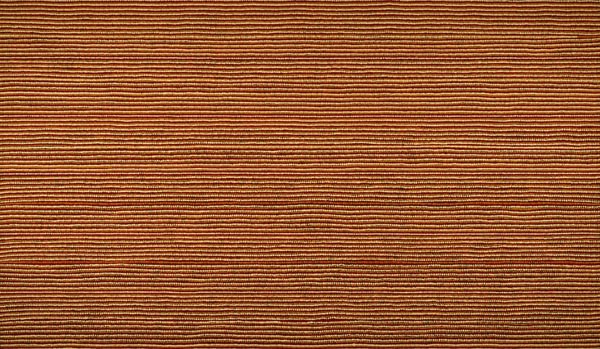 Turkey Tolson Tjupurrula was born at Yalyalpi, about 8 kilometres east of Haasts Bluff in the Northern Territory. Prior to his birth his family had moved between their country in the Walungurru region and the Hermannsburg Mission. They finally settled in Haasts Bluff where, by observing the sacred ceremonies performed by his father and other men and by travelling about the Western MacDonnell Ranges collecting dingo scalps with his father, Turkey Tolson gained knowledge of the meaning of the sacred designs of his country. Forming part of ancient ceremonies, these designs had inspired images drawn in sand or with natural ochres onto bodies for use in celebrations, stories and songs.

In 1959, after his initiation, Tolson and his family moved to the new settlement of Papunya where he did labouring work for the community. In this year this remote settlement 258 kilometres west of Alice Springs was established by the Commonwealth and Northern Territory governments as a distribution centre for services to Indigenous peoples. Later, in 1971, with the encouragement of an art teacher by the name of Geoffrey Bardon, some of the older men of this community began to paint their sacred designs using European art materials. This was the genesis of the seminal Indigenous art movement known as Papunya painting, incorporated as the company Papunya Tula Artists in 1972.  The Papunya artists utilised a sophisticated and powerful visual language in order to convey their Dreaming (Jukurrpa) to non-Indigenous people. Turkey Tolson was one of the youngest artists involved in this movement at its inception and later, from 1985 to 1995, he was chairman of Papunya Tula Artists. This was during the period when he lived in and to the south-east of Kintore near his traditional ancestral lands at Yuwalki. His artistic authority was such that in the 1990s Kintore took on the mantle of an innovative centre of artistic endeavour previously centred on Papunya.

Spear Straightening communicates one of Turkey Tolson Tjupurrula's most important and frequently revisited Dreaming stories, dealing with tribal rivalries and ancient rituals. According to this Dreaming story, in preparation for a confrontation with their traditional rivals from Tjikari further to the north, a group of men of the artist’s lineage were camped at the rocky outcrop of Ilyingaungau, near the secret cave site of Mitukatjirri, south-east of the present-day Kintore community. In the distance they saw the campfire of their rivals and in the presence of sacred objects and whilst making spears they discussed matters of strategy in their on-going honour challenge with the Tjikari men who had killed or injured members of their group in fights. The parallel striations that make up the design of this painting evoke the spears used in this ritual fight, spears that were made by holding long tendrils of a Spearbush (Pandorea Doratoxylon) over fire and straitening the same whilst hot and pliable. The process of straightening these spears was a demanding task and thus the ceremony continued throughout the night. At the conclusion of this battle the Mitukatjirri rested in a nearby cave.

Turkey Tolson introduced the motif of Spear Straightening around 1990, a period preceded in 1981 by his first visit to his ancestral home and his move to Kintore in 1984. At this time, following the death of older relatives, he took on the ritual responsibility for his father’s country. This period marks a shift in his image making to more individualistic interpretations, of which Spear Straightening was an important part. As well as evoking the ritualised process of spears being prepared for battle at Ilyingaungau, Tolson’s creative move of joining dots gives the appearance of the horizontal quivering lines of desert landscapes pulsating with radiated heat. Alternatively, a more literal reading could see this as the heat of the fire used to prepare the spears. This work can thus have multiple levels of interpretation but fundamentally draws upon the indeterminate and indescribable Dreaming of his country for as the artist stated “When I paint I always think about the country, every place of mine.”1 Although, in the final years of his life, Turkey produced numerous Spear Straightening paintings, each is a unique interpretation ranging from works exhibiting a bold palette and others, such as this work, with a more subtle rendering, thus demonstrating the innovative approach of a creative artist.

Turkey Tolson is well represented in Australian public collections, including the National Gallery of Victoria, The Queensland Art Gallery, and the National Museum of Australia. His work has been included in important exhibitions both internationally and nationally. In 1997, along with Joseph Jurra Tjapaltjarri, Tolson created a sand painting that became part of the exhibition Peintres Aborigènes d’Australie at the Grande Halle de la Vilette in Paris. As well, his work was included in important group exhibitions such as The Face of the Centre (NGV 1985), Dot and Circle (RMIT1985), Mythscapes (NGV 1989), Flash Pictures (NGA 1991), Tjukurrpa, Desert Dreamings, Aboriginal Art from Central Australia (1971-1993) (AGWA 1993), and Twenty-five Years and Beyond (Flinders University Art Museum City Gallery 1999).