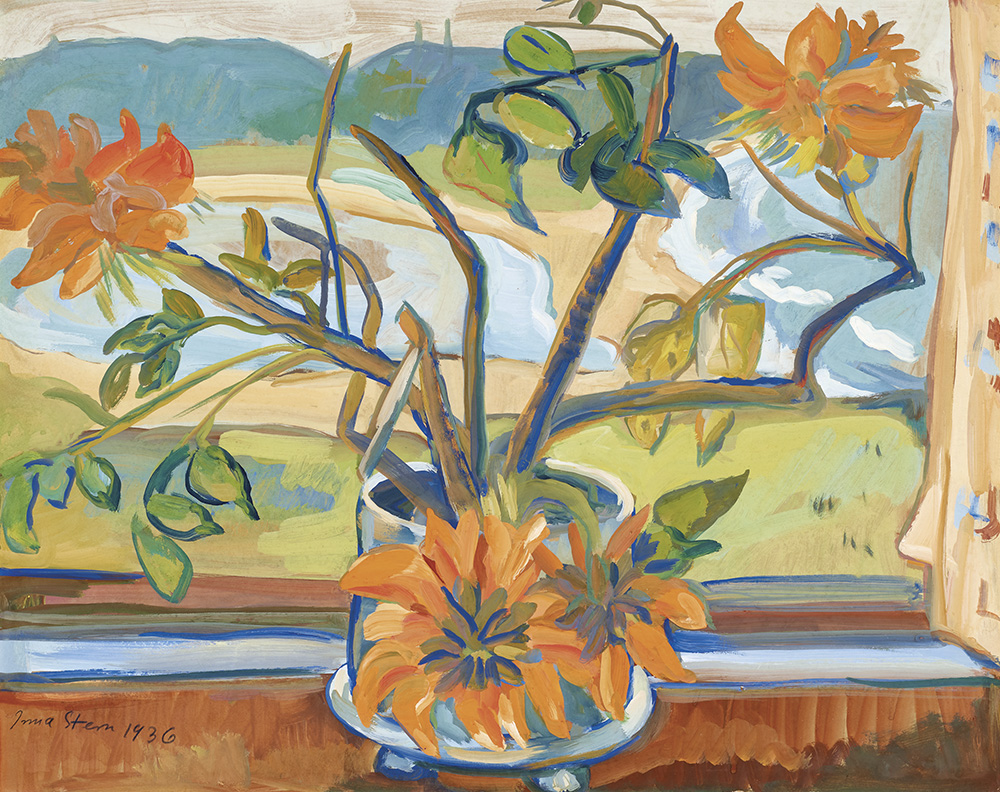 Irma Stern is one of South Africa’s best-known artists and one of a few South African painters whose reputation extends beyond the African continent. Born in 1894 and raised in Transvaal, she studied art in Germany, first at the Weimar Academy in 1913, and later briefly at the famed Bauhaus. She became closely associated with the most recent developments in contemporary German art and became a fully-fledged Expressionist, drawing on her connections in the Neue Sezession. Stern, like her contemporaries Emil Nolde (1867-1956), Erich Heckel (1883-1970), Ernst Ludwig Kirchner (1880-1938), Max Pechstein (1881-1955) and Karl Schmidt-Rottluff (1884-1976) used thick, gestural paint, and rich colour to create a distinctive style. The affiliation that Stern felt to German expressionism and in turn exotic and tribal cultures, derived in part from the great drivers of Modernism - Paul Gauguin (1848-1903) and Pablo Picasso (1881-1973), both of whom were keenly interested in non-European art, and especially responsive to new stimulus from African Art.

By her use of rich colour and brushwork Stern revealed something of the natural life force of ‘primitive’ art. African Art and European Modernism could, through Irma Stern, be seen to be on parallel courses. Although the German artists rejected European sophistication, Stern’s paintings speak more of a celebration of African culture. On the surface, Flowers and Beach Landscape owes more to European art than to African. The subject and the composition are resoundingly classical, with a heritage extending back to Paul Gauguin (1848-1903) and JBS Chardin (1699-1779) through generations of classical painters to the Baroque. The origins of this painting might be Caravaggio’s famous Basket of Fruit painted c1599, hanging in the Biblioteca Ambrosiana in Milan. Rather than a display of trompe l’oeil brushwork, Stern’s work conveys the subject directly and makes a virtue of its simple message.  Compared to European examples, her painting is both wholesome and exotic.

After Stern returned to Africa in the 1930s she continued to paint in the German Expressionist style. This was a period when German painters, her contemporaries, were discredited by the Nazi authorities as degenerate and decadent. Stern had always been a keen traveller and although she was unable to freely visit Europe, she was not restricted in her travels in Africa at this time. She was in Madeira in 1930, Dakar in 1937; she visited Zanzibar in 1939, Congo in 1942, and in 1946, Central Africa.

By the time of her death in Cape Town in 1966, Stern was one of South Africa’s greatest artists. Her house and studio are now a museum and her work is held in important public and private collections in Africa. Stern routinely fetches high prices at auction and has on numerous occasions been the holder of record auction prices for a South African artwork.