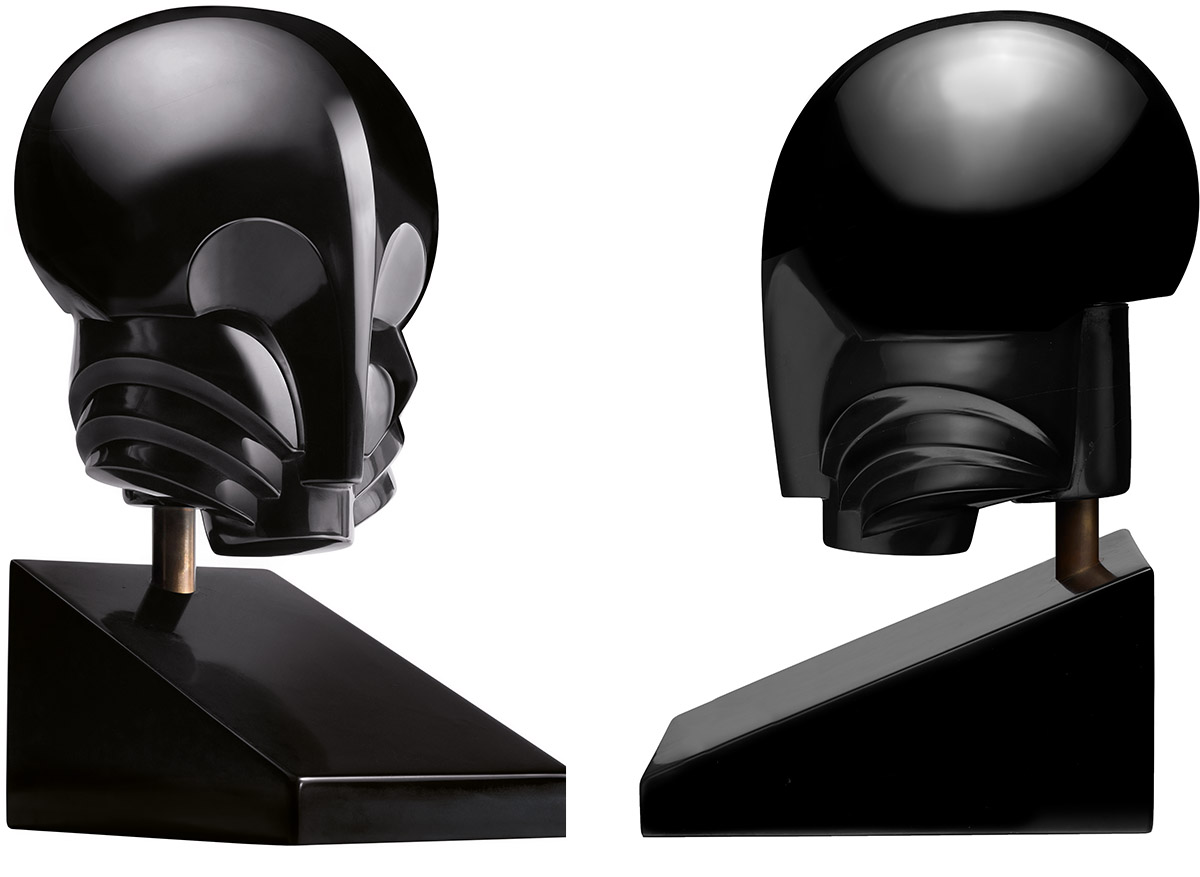 He was still young, still finding his way, when Joel Elenberg shifted his gaze from painting to sculpture. Here was an ancient form of expression that carried with it the promise of new possibilities, a channel through which he could look deep into the past and imagine a world beyond his years. As he explained after he started carving stone from the age of 24: ‘A brush could never hold enough pigment for what I want to say.’1

He cast out into the world for material. He looked to Italy, where the quarries were busy with all he would need. Then, one night in Melbourne in 1977, over dinner with Arthur and Yvonne Boyd, an opportunity took shape. Elenberg was talking about his interest in marble when Arthur mentioned the vacancy that existed in their old Tuscan farmhouse, Il Paretaio. Perhaps his young friend could do him a favour by staying there?

The period that followed marked the high point of Elenberg’s brief, urgent career. The artist made several trips between Australia and Italy to extend his craft. First, he stayed at the Boyd farmhouse, a charming, rustic setting, and later found a house in Carrara, west of Tuscany, which was where he collaborated with the artisans of the SGF sculpture studio and embedded himself within the community. He took advantage of the materials that this part of the world afforded him, procuring blocks of marble in quantities that had been unavailable at home. As with this work, Head III, for which he turned his attention to the rare black Belgian marble, these sculptures demonstrated a fresh level of maturity as an artist, all of them fortified by a profound love for the medium and the material at hand.

Fewer than three years later, Elenberg was dead. He was 32. Between these two points, from his embrace of sculpture to the illness that claimed his life, we can see the beginning and the end of a career so cruelly abbreviated in time.

Because of Elenberg’s early passing, the art world was denied the chance to watch the further evolution of his art. We can only imagine what could have been. But now, four decades on, the time has come to look anew at the vision and the body of work he left behind.

Elenberg’s late Italian flourish was the subject of an enthusiastically received exhibition at Robin Gibson’s gallery, Sydney, which ran from 10 - 28 October 1978. Joel Elenberg: Stone Carving 1977-1978 Italy-Australia revealed to Australian audiences this new direction in his art. The show put ‘sculpture back on the pedestal,’ wrote the critic Nancy Borlase in an admiring column for the Sydney Morning Herald, ‘reaffirming its precious fine art status’.2 At the time, Elenberg was still healthy; his tragic fate lay ahead; his strengths as a sculptor, then presumably still in its infancy, must have been enticing for those fortunate to be there.

Ruth Faerber, a Sydney artist, was among those in attendance, and she took note of the respect for tradition that was evident from Elenberg’s visits to Italy. The artist had been joined at Carrara at various times by friends from home, as well as by his wife Anna and their young daughter Zahava. ‘Elenberg works with consummate refinement and skill,’ Faerber wrote. ‘There is classical harmony in the fluid rhythms of his figurative abstraction as he exploits light in the incised, polished surfaces and carved forms; in wood as well as steel and bronze.’3

As a figure, Head III pulls in opposing directions, at once futuristic and prehistoric. It comes from the last body of work that the artist made in Italy, and as such there is a resolved, formal elegance within the form. A haunting immediacy, too. Elenberg is engaging with the long history of sculpture, from African masks to contemporary abstractions, but also looking forward to a future made possible by technology. Both extremes could exist side by side. As it happens, George Lucas had released the first of his epic fantasies the previous year, in 1977 - and while it is clearly a stretch to draw any connection between this mask and the villain in that story, one might be tempted to consider the various enthusiasms of the time and how they manifested themselves visually in our culture.

So, Head III might not be science fiction, but it does suggest a fascination with other worlds and the reach of scientific discovery. More than anything, though, it stands as a reminder of a singular talent, and the rare gift of those works that remain.