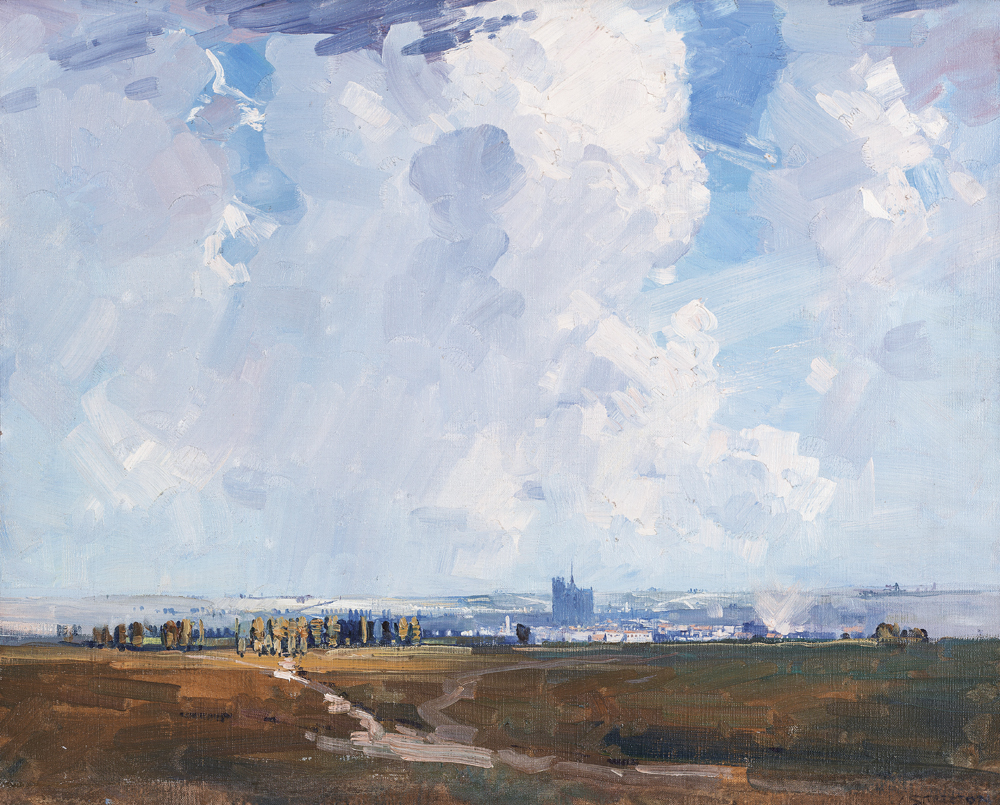 In 1918 while living in London, Arthur Streeton was appointed an official war artist by the Australian War Memorial. The artist travelled to France to record the involvement of Australian soldiers in the battles along the Somme River. The old city of Amiens lays approximately one hundred kilometres north from the French capital, Paris, and during the First World War was significant as an administration and communication centre since all railways and roads crossed through it. Capturing Amiens was a principal objective for the Germans who slowly advanced their troops towards the city from March to April 1918.

On the night of 7 August 1918, Australian, British, Canadian and French troops readied themselves for the offensive which would push through the German front line to victory. That evening, a heavy mist in the Somme Valley assisted the line of tanks and infantry advance closer and the heavy artillery held off fire from German guns, helping troops move across the land. In his diary, Australian Gunner J. R. Armitage wrote of the preparations -
It was utterly still. Vehicles made no sound on the marshy ground...the silence played on our nerves a bit. As we got our guns into position you could hear drivers whispering to their horses and men muttering curses under their breath, and still the silence persisted, broken only by the whine of a stray rifle bullet or a long range shell passing high overhead…we could feel that hundreds of groups of men were doing the same thing - preparing for the heaviest barrage ever launched.1

On the morning of 8 August, setting out from the positions of Villiers-Bretonneux and Hamel, Australian troops in two hours had accomplished all their objectives and the Canadian troops that had begun the attack alongside them had advanced several kilometres. In just over 3 hours, the enemy’s front line had been overrun. In total, the allied forces captured 29,144 prisoners, 338 guns, and liberated 116 towns and villages. General Erich Ludendorff, the German commander in chief, called 8 August 1918 “the black day of the German army”. The Australians’ defence of Villers-Bretonneux prevented any further advance and thereafter Amiens Cathedral became a safe base area for the allied forces.

Streeton’s painting, Amiens, the Key to the West, (in the Australian War Memorial collection, Canberra) refers to the events of 8 August 1918 and was declared by the artist to be one of his most important works.2 The current work, Amiens Cathedral, depicts a similar view across the fields towards the city, with the cathedral centre of the composition and a vast expanse of sky above. The palette is unmistakeably Streeton, with his characteristic greens, golds, blues and white. Here, Streeton captures the sheer size of the catherdral in perspective of the buildings which surround it.

On 7 November 1920 in Amiens Cathedral (Cathédrale Notre-Dame d’Amiens), the Bishop of Amiens paid tribute to the soldiers of Australia for defending his city in its hour of peril. In the presence of Andrew Fisher, Australia’s High Commissioner in London and Marshal Ferdinand Foch, Allied Chief Commander in 1918, together with a large local congregation the bishop unveiled a marble plaque affixed to a pillar within the cathedral. It was dedicated to the men of the AIF who had fought on the Somme between March and August 1918 and defended the city of Amiens from the Germans. As the inscription on the plaque asserts, the AIF had ‘valiantly participated in the defence of Amiens’. Following the unveiling, the bishop declared his gratitude towards the Australians who had fought and lost their lived on the Westerm Front:

As Bishop of Amiens I owe you and your illustrious dead my heartfelt thanks because the land of my diocese has been your battlefield, and you have delivered it by the sacrifice of your blood. During the painful days of the invasion you made a rampart of your breasts, behind which you shielded and saved the last shreads of my territory. The children, who in coming centuries will grow up in your homes and schools, will learn through your good deeds and patriotism. They will not be able to pronounce your name without speaking of the towns, villages, tablelands, ridges and valleys of the Somme.3 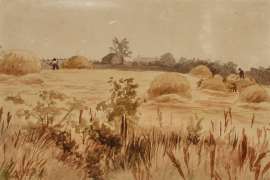 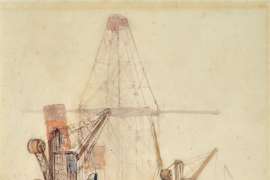 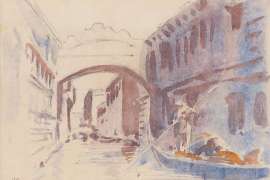