Over a period of about four years in the mid 1960s, Fred Williams produced the breakthrough paintings on which his reputation rests as the most important Australian artist of his generation. In the following years he consolidated the experience and technical gains made over his lengthy years of apprenticeship dating back to the 1940s, while continuing to explore the potential of his new ideas.  His aim was fairly uncomplicated: to use his art to gain an understanding of the Australian landscape.1

In 1968 his art entered what has been described as a period of abstract minimalism.2 In fact, Williams had previously found himself on the threshold of Abstraction - his Trampoline series, for example, comprising etchings from 1955 and 1961 and the painting Trampoline II from 1960-61, a work whose subject is really only discernable by viewing it in the context of the others from this group. There are other isolated ‘threshold’ works at this time in which the viewer experiences the same sense of hesitancy before crossing the line demarcating representation and abstraction.

In fact, Williams had no interest in Abstraction unless it was able to make a contribution to the way he saw an object and whether it offered some means of painting the object with greater honesty. For Williams, this meant optical truth. His art is the product of close observation of the object followed by a rigorous examination of the way the eye perceived it.  The landscape locales of this key period were used by Williams to prove his theories: You Yangs, Lysterfield, Sherbrooke Forest, and Upwey forever will be associated with Fred Williams’ quest: his exploration, examination and then rendering of these subjects.

The Australian Landscape series, generally datable from about 1969 however operates on a quite different basis: they are not specific.  Williams is often referred to as the first artist to investigate the bush, whose paintings affected the way we see and appreciate the country we live in. The Australian Landscape series played a key role in this aim by achieving a generic or universal 3 distillation of the visual characteristics of the Australian landscape, and by foregoing reference to a particular locale.  The path to this particular end crossed the trajectories of other artists and developments outside Australia, in particular international minimalism as practised for example by as varied a set of artists as Cy Twombly (1928-2011) and Agnes Martin (1912-2004) in the USA or Lucio Fontana (1899-1968) and Guenther Uecker (born 1930) in Europe. Part of the reason Williams baulked at taking the final step and duly turned his back on Abstraction may have been that he saw in that path a threat to his independence and individuality.   He also recognised that these works, which depend to a degree on the power of suggestion, were not always consistent with his basic aims of rendering what he could see.

Williams never stopped examining the landscape and different ways of recording it. His personal philosophy - phlegmatic, practical and rigorous, is evident in each of the paintings, drawings and prints that make up his life’s work.

1. Refer to the well-known exchange between Fred Williams and John Brack at the time of Williams return from London in 1956:

Brack: Well Freddy, what are you going to do?
Williams: I am going to paint the Gum Tree.
Brack: You can’t do that. Everybody’s done that.
Williams: Well it’s just what I’m going to do.

ALL CURRENT & PAST CATALOGUE WORKS BY Fred Williams 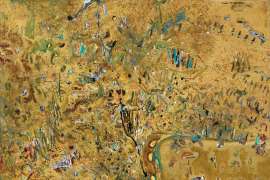 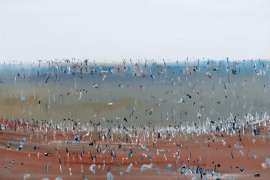 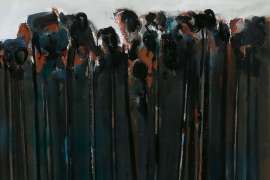 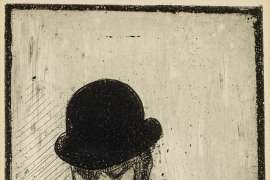