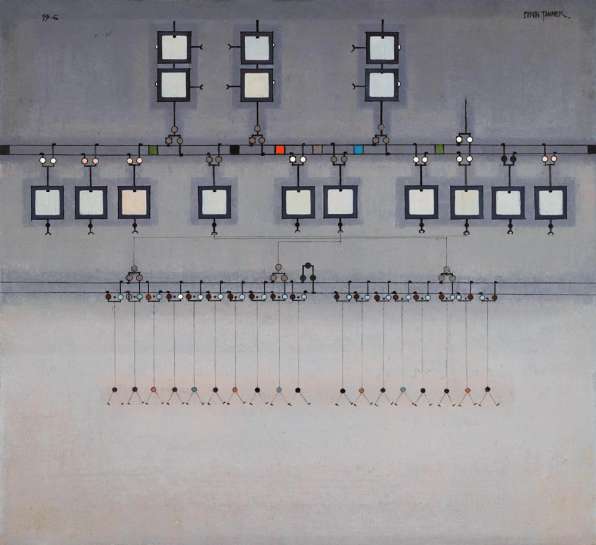 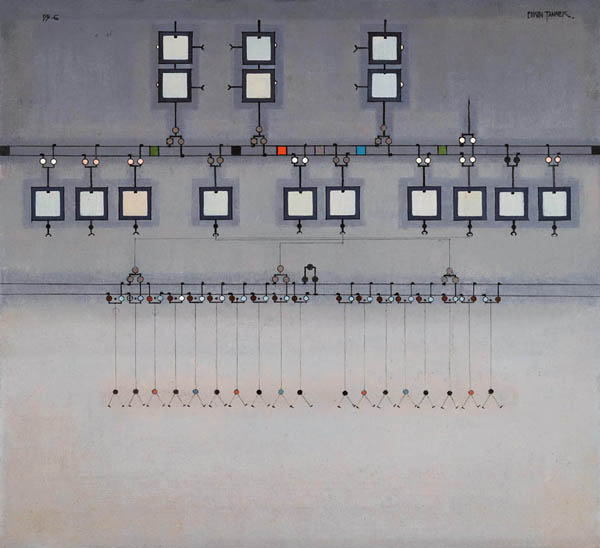 57. EDWIN TANNER The Board of Directors

By menzies
Lot:
The Board of Directors

Edwin Tanner began his working life at the Port Kembla steelworks in New South Wales, before qualifying as a civil engineer.1 Tanner’s early interests were manifold and extended to cycling, mathematics, aeronautics, classical music, poetry and analytic philosophy. After enrolling in art classes at Hobart Technical College at the age of thirty-one, Tanner began showing his paintings with the Contemporary Art  Society, where they came to the attention of Daryl Lindsay, then director of the National Gallery of Victoria.2 The gallery’s subsequent acquisition of Tanner’s 1953 painting The Public Servant affirmed his creative ambitions, and Tanner began to paint and exhibit more prolifically throughout the ensuing decade.

Edwin Tanner is a singular figure in Australian art, having been memorably described by Patrick McCaughey as ‘that rarest of all figures, the independent artist. He belongs to neither group nor school, neither to this generation nor that movement.’3 Tanner’s distinctive personal history and polymathic tendencies gave rise to ‘a rich, diverse and idiosyncratic store of imagery’, which embraced everything from circuit boards to shipyards and musical notation.4

The Board of Directors 1955-56 is one of the artist’s most important early works, offering a wry denunciation of human regimentation and conformity. In a clever play on the work’s title, the sparse geometry of an electronic circuit board has become visually conflated with the structures of corporate governance.5 Arranging the composition into three tiers, Tanner depicts a rigid corporate hierarchy, ranging from the ‘square-torsoed mechanoid figures’ of the executive and middle management to the attenuated workers below.6 Tanner’s corporate board clearly predates the current era of diversity quotas and affirmative action. Instead, The Board of Directors represents what Tanner enigmatically referred  to  as  ‘the  circuitry  of  the species’: the hardwiring of human behaviour within self- imposed systems and structures.7

The spare, diagrammatic quality of The Board of Directors is nevertheless tempered by Tanner’s subtle and intriguing use of colour. The ombre effect of the painting’s grey background - achieved  through  minute  gradations  in  tone  -  creates   an impression of weight and space, corresponding to the concentration and dissolution of power within the corporate structure. Individual figures are differentiated through subtle chromatic variations, these becoming less apparent as one ascends the corporate ladder. Tanner’s distinctive use of colour was neatly summarised by his friend, the poet Gwen Harwood:

If the starting point of the pictures suggests the engineer’s drawing board, the total effect is of luminous space and atmosphere. His use of colour, glowing or subdued, shimmering or dusky, marks him as a true painter concerned with the mystery of the visible world …8

Tanner’s unique feeling for colour therefore introduces a certain lyricism to the  ‘spare  and  linear  draughtsmanship’  of his early works. This merging of disparate elements is somewhat reminiscent of Albert Einstein’s description of pure mathematics as ‘the poetry of logical ideas.’9

The Board of Directors has been widely exhibited, having most recently appeared in the major survey show, Edwin Tanner: Mathematical Expressionist, held at the TarraWarra Museum of Art in 2018. At the time of the exhibition, curator Anthony Fitzpatrick remarked upon the prescience of Edwin Tanner’s vision.10 Tanner’s focus upon the convergence of human and technological elements has clear implications for the digital era. With the rise of automation and ‘big data’, the ‘circuitry of the species’ is set to become more entrenched than ever.

57. EDWIN TANNER The Board of Directors

ALL CURRENT & PAST CATALOGUE WORKS BY EDWIN TANNER 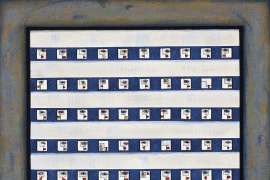 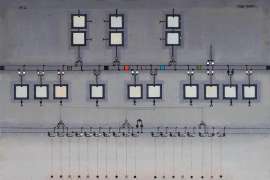 Lot 57
Edwin Tanner
The Board of Directors 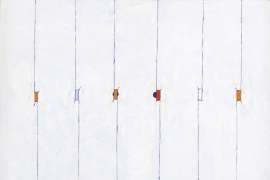