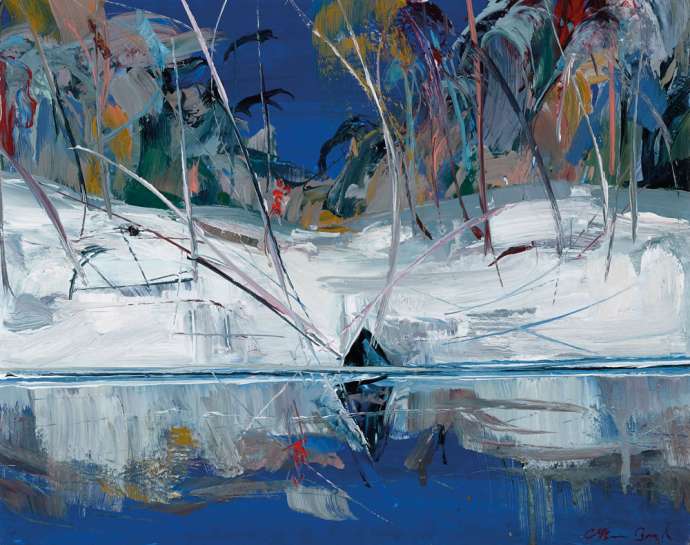 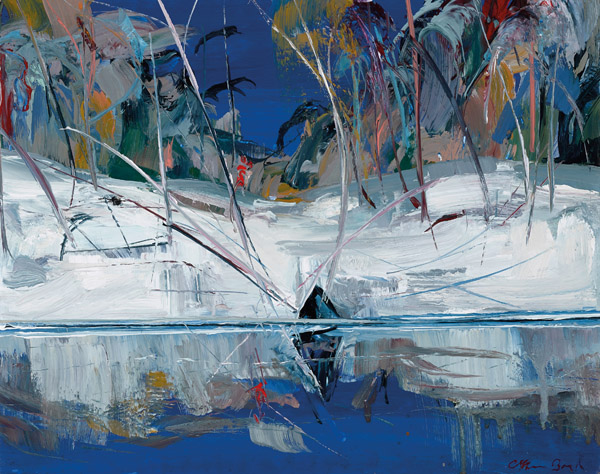 The Shoalhaven River was a continual source of inspiration to Arthur Boyd and, looking back over the artist’s vast body of work, formed a major part of Boyd’s oeuvre. The Shoalhaven region, on the south coast of New South Wales, has historically been an area favoured by artists because of its unique geography and landscape. The area is known for its lush green dairy farms, white sandy beaches and the majestic Shoalhaven River which snakes its way past Bundanon, the Boyd family’s property.

Prior to settling at Bundanon, Arthur Boyd had lived and worked in various locations; Victoria’s Mornington Peninsula and Murrumbeena and later relocating to England. Though Boyd threw himself into life abroad, he continued to produce images of the Australian landscape, including his Bride series and Nebuchadnezzar paintings, inspired by the horrors of the Vietnam War. Upon his return to Australia in 1971 after twenty-one years living in England, Arthur and his wife, Yvonne, were introduced to the Shoalhaven River by art dealer Frank McDonald who invited the couple to spend the weekend at his property. Here, Boyd describes the feeling of his first experience of the Shoalhaven - ‘I can remember the day vividly. It was so hot and searing, the oil ran from the palette onto the sand. I never paint in the shade or wear a hat because it distorts the light on whatever I’m painting. I can remember the heat was terrifying.’1

The present work, The Cleft, deftly conveys the character of the landscape surrounding Bundanon - Boyd’s palette is dominated by ultramarines, whites and browns which were used by the artist when rendering the dazzling white light reflected off the water. The artist skilfully captures the heat of the day with his depiction of a clear, cloudless blue sky. Slender gumtrees populate the arid hillside, reflected in the clear water of the river. Here, Boyd has distilled the unique characteristics of this captivating setting; through his arrangement of compositional elements and a mastery of tone and colour, the artist demonstrates his deep understanding of, and admiration for, this special place.