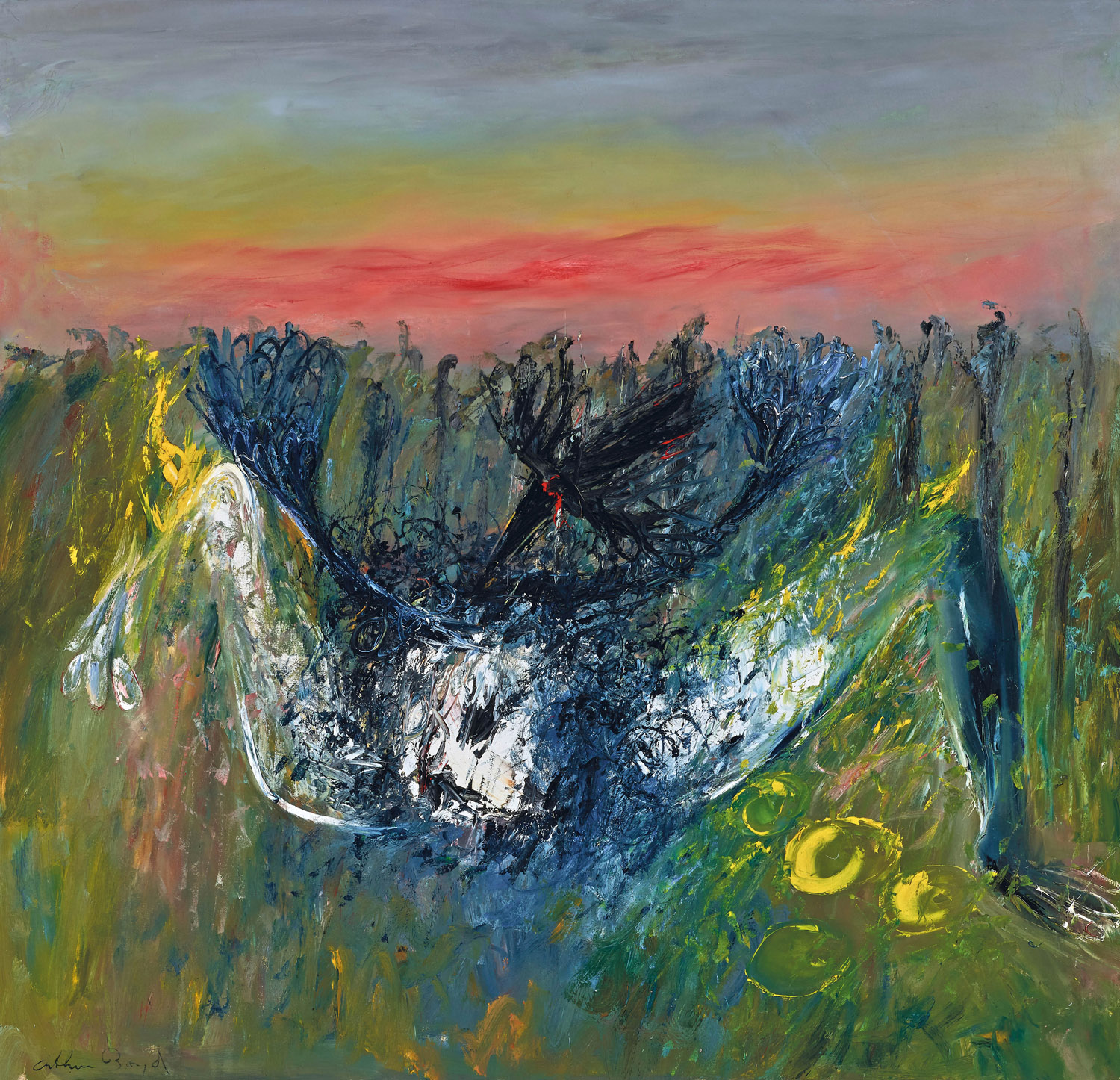 Arthur Boyd’s Nebuchadnezzar series of the late 1960s is one of the defining groups of paintings of his career. Following the success of his seminal Brides series in 1958-59, Boyd moved to London where he continued to create darkly mythic paintings that culminated in the Nebuchadnezzar series. These paintings chart the descent into madness of Nebuchadnezzar, the biblical king of ancient Babylon, with the Australian bush forming a desolate backdrop for the king’s physical and psychological turmoil. These intense, frenzied and fundamentally literary works, are in sharp contrast to his serene Shoalhaven and Wimmera landscapes. Instead of calm vistas of water land and sky, the Nebuchadnezzar works showcase an extraordinary range of religious, apocalyptic, and compassionate imagery.

The story of Nebuchadnezzar comes from the Book of Daniel in the Old Testament. Written in the second century BCE, the Book of Daniel is a biblical apocalypse set in the sixth century BCE, following the visions and activities of Daniel, a noble Jewish youth who was exiled at Babylon. The fourth chapter details the reign of Nebuchadnezzar, who ruled Babylon from 604 to 561 BCE, after the death of his father Nabopolassar, the founder and first king of the Neo-Babylonian Empire.1 Nebuchadnezzar’s long reign was one of almost continuous success, with numerous tablets attesting to his well-founded government and his passion for building.2 Babylon became a city of great splendour during this time, and according to one legend Nebuchadnezzar built great terrace gardens for his wife, Queen Amytis, who missed the green hills of her homeland. Known as the ‘Hanging Gardens of Babylon,’ they were later regarded by the Greeks as one of the Seven Wonders of the Ancient World.3

However, with this success came Nebuchadnezzar’s downfall, as he became intoxicated with his own power to the point of thinking himself God-like. As punishment for his pride and arrogance, he purportedly lost his sanity and was cast into the wilderness for seven years where he ‘dwelt with the beast of the field.’4 There is no evidence of this extended disruption to his reign but, untroubled by theological speculation, it is the story of Nebuchadnezzar’s mad sojourn into the wilderness that captured the imagination of Arthur Boyd. The words that seem to have spoken most directly to the artist are those where it was described how Nebuchadnezzar, ‘was driven from men, and did eat grass as oxen, and his body was wet with the dew of heaven, till his hair was grown like eagles’ feathers, and his nails like birds’ claws… his heart was made like the beasts, and his dwelling was with the wild asses.’5

It is in this liminal state between man and beast that Boyd depicts Nebuchadnezzar, plunging to the earth in flames. The awkward splayed stance of his legs and the inferno-like atmosphere are prescient indicators of the protagonist’s altered state of being. The red sky and charred trees are reminiscent of a post-bushfire landscape. With this imagery the bush becomes an anxious, claustrophobic space, where Nebuchadnezzar battles his psychosis. A sinister black crow with red eyes, a recurrent symbol for Boyd, attacks the fallen king, demonstrating the unrelenting brutality of nature. The yellow rings in the lower right are repeated in many of Boyd’s Nebuchadnezzar works, representing the pillaged gold that the crazed king yearns to protect.

While the story of Nebuchadnezzar appears relatively rarely in art, one of the most prevailing representations is William Blake’s (1757-1827) colour print of 1795. Blake’s haunting image shows the naked king crawling in the dirt, his face expressing a piercing desolation. However, Arthur Boyd remains the only contemporary artist to have explored the story so comprehensively and with such rich imagery. Fallen Nebuchadnezzar and Black Crow 1968 is a remarkable example from what is widely acknowledged as one of Boyd’s greatest series. 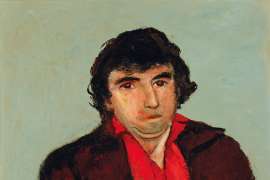 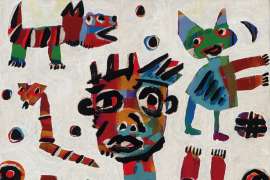 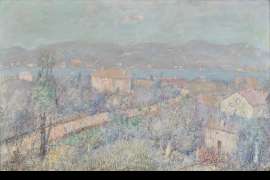 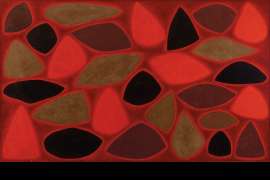