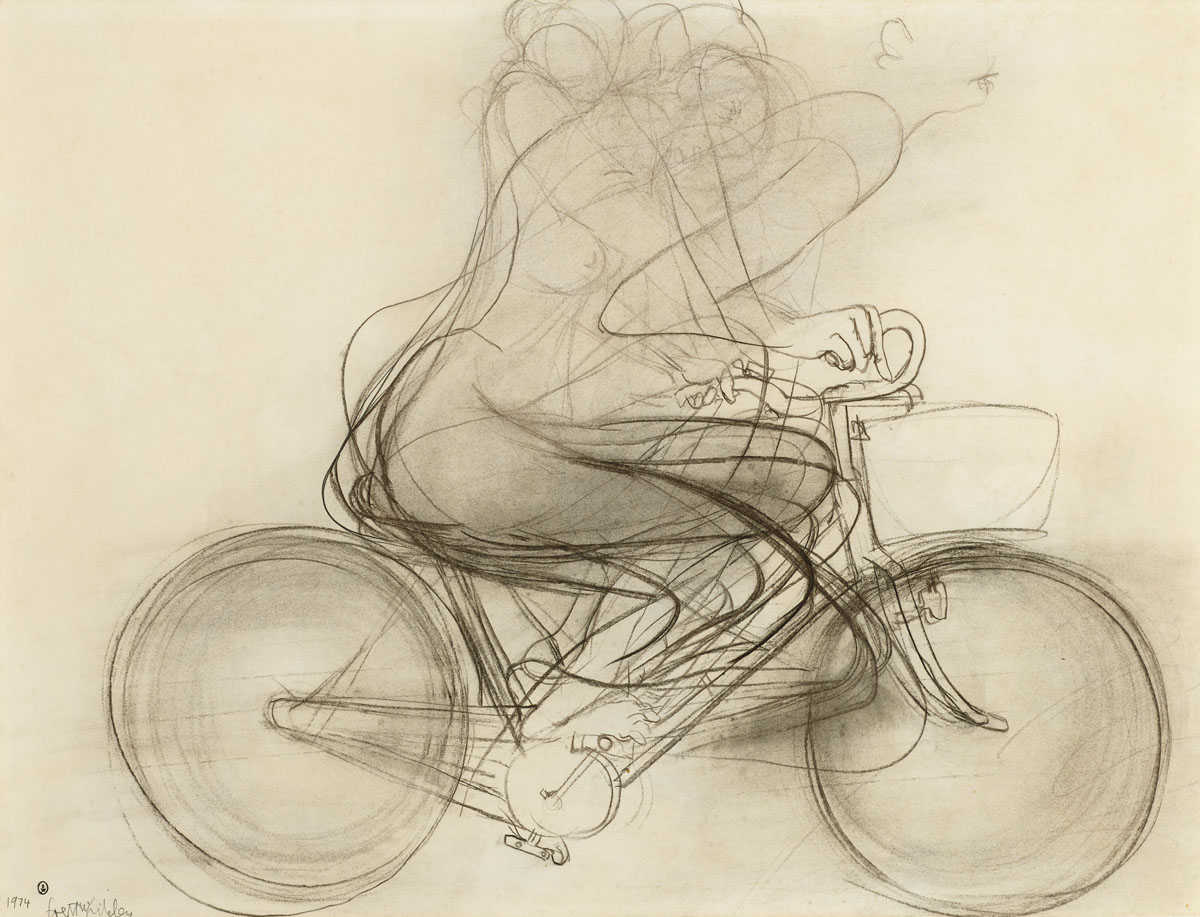 Brett Whiteley was certainly the most talked about, written about and argued about artist of his generation. Almost thirty years after his death, his record remains for all to see; the highest priced and most bankable of artists, with a prize pedigree to match his public recognition. But with all the hype, the succession of biographies, films and exhibitions, it can be difficult to step back and simply appreciate Whiteley just for his vision and artistic ability. By the 1970s he was at the height of his powers and his dominance of the Archibald, Wynne and Sulman Prizes between 1976 and 1978, when he took out the trifecta, became the stuff of legend. Not everything he tried worked out, as would be expected with such a restless temperament and enquiring mind, but when he was ‘on song’ his work was equal to the best being made anywhere in the world.

Whiteley’s time in London and New York, the rock star lifestyle and constant drug involvement, moved much of the comment to the celebrity and news pages rather than serious art comment. It seemed he would have to run out of energy, or at least luck, sooner or later, which eventually happened in a cheap motel room in Thirroul in 1992. What was often left out of the commentary on Whiteley and his art was that he was a constant innovator, experimentalist and a deeply thoughtful artist. And perhaps just as importantly, for much of the time he managed to keep his sense of humour and express it in his work. His studies of animals and birds and his enjoyment of the rural life kept a lightness and pleasure in his art that was not always present in his day-to-day life. He could make even the simplest subject into a thing of wonder and beauty, be it a dove on a branch, the flow of a stream over rocks, or two entwined lovers enjoying themselves, oblivious to the world.

Girl Riding a Bicycle combines both the serious and the light-hearted in a spontaneous flow of line in action. It is a simple enough subject, but with the quirky realisation that the rider is quite naked on her journey. There are a number of distinct elements that give the work its character and charm. The bicycle is carefully drawn, with attention to detail in the closely observed objects such as the bell on the handle bar and the old fashioned lighting generator attached to the front fork. The figure, in contrast, is a futurist rendering in three different moments, at first upright and ready to go, then leaning forward, finally up off the seat in an ever-increasing burst of energy as she picks up speed. The very idea of a naked girl flashing by on her trusty bike brings a smile, as does the awareness that this is an accomplished artist playing with the forms of drawing to create a study of pent-up and then released energy. That a work so seemingly simple could embody a number of contradictory notions is what marks it out as the creation of an artist fully in command of his medium, yet also with his tongue planted firmly in his cheek. 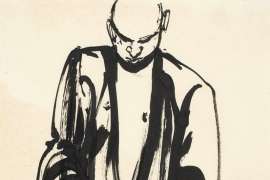 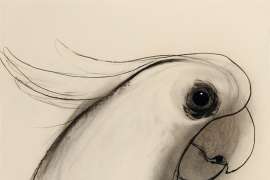 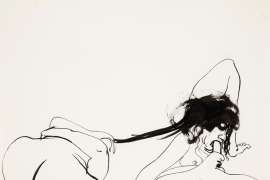 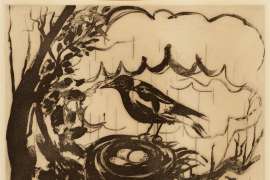