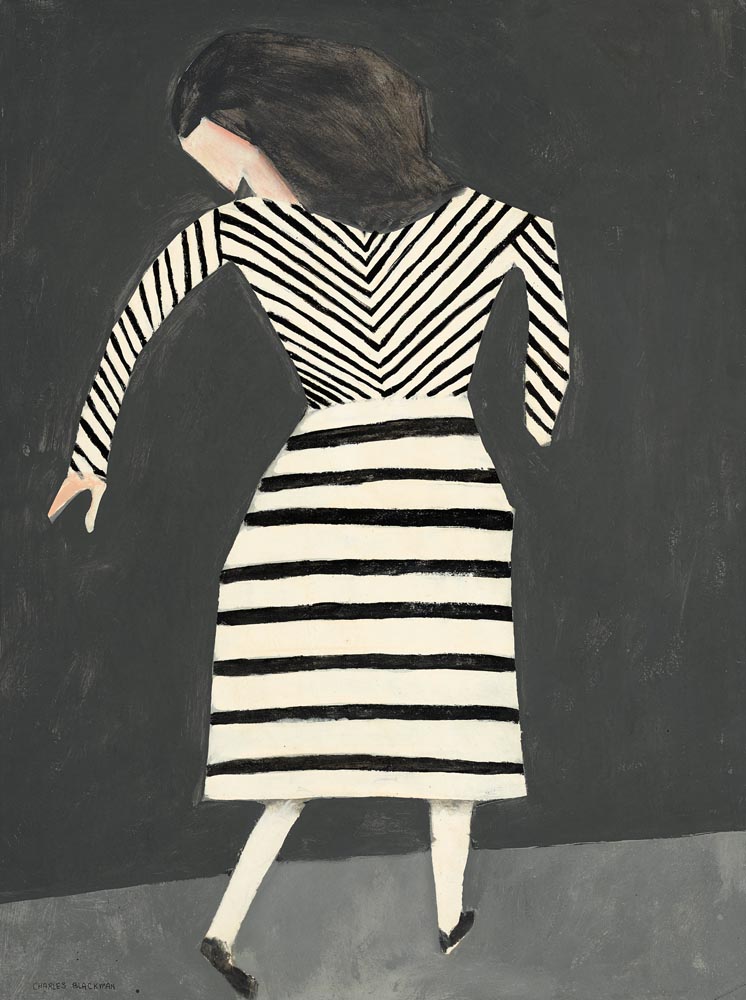 It would probably be idle to speculate how far a much-feminised childhood played its part in Blackman’s oeuvre, but almost all of his pictures from 1953 and ’54 depict and dramatise young girls. They are frequently at play or else walking home alone. They may be merely girls, or else specifically schoolgirls, with their neat, flared skirts and summery straw hats. Mind you, only the private schools prescribed straw hats for their pupils…1

If it was indeed possible to further ingrain Charles Blackman’s haunting imagery of the early 1950s into the consciousness of the Australian art world, then Heide Museum of Modern Art’s Schoolgirls exhibition of early 2017 achieved this with aplomb. Bringing together seventy-seven examples of Blackman’s paintings, works on paper and sculpture created between 1952 and 1955 from a range of elite private and institutional collections, this triumphant display was, fittingly, presented at Melbourne’s Heide, the former home of art benefactors John and Sunday Reed. Soon after Blackman arrived in Melbourne in early 1951 the Reeds became his mentors and supporters as well as the first major collectors of his work.2

The present painting, Girl with Striped Dress 1954, carries all of the hallmarks of a classic Blackman ‘schoolgirl’: the protagonist’s self-conscious, yet distinctively animated pose; the extreme use of artistic license with respect to all matters anatomical (note the claw-like left hand; the obscured (or absent?) right, the brittle and disproportionate legs, and the enigmatic, mask-like treatment of the subject’s face – forever cloaked in Blackman-esque anonymity.

The striking, but very much two-dimensional treatment of the striped dress owes its origins to Blackman’s early interest in the graphic arts. Indeed, the eminent scholar Felicity St John Moore wrote the following when describing a comparable 1954 painting, (Schoolgirl in an Urban Landscape), in 2015:

This work is also a fine reminder of Blackman’s renewed interest in the world of cut-outs and of his early training as a graphic artist. In the early 1940s, Blackman joined the ranks of the Sydney Sun as a copy boy (where he traced cartoons of Ginger Meggs and Buck Rogers) and worked his way through the art department. Later he became a fully-fledged cartoonist at the Sun Junior. Blackman‘s graphic past was rekindled in 1954 by an encounter with the American painter and printmaker, Ben Shahn (1898-1969). In the same year, Blackman created two miniature flickbooks – Hat Takes a Holiday and Schoolgirl Takes a Flip - manifesting his fascination with cut-outs into these simple forms of animation.3

Girl with Striped Dress makes its first appearance on the market in more than thirty years, presenting collectors with the opportunity to acquire a Charles Blackman painting which shares much in style, palette, scale, subject and date with the most emblematic works from this series, including There Was 1953, which set a new high watermark in selling at auction for $840,000 (including buyer’s premium) in 2012 and rightfully graced the exhibition catalogue cover at Heide. 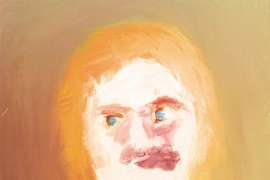 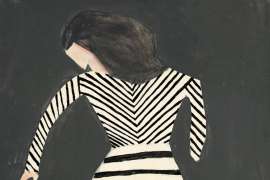 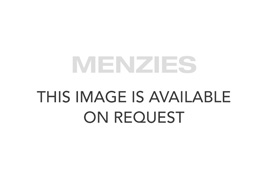 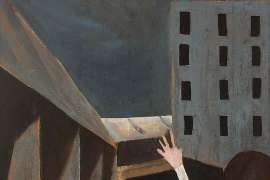