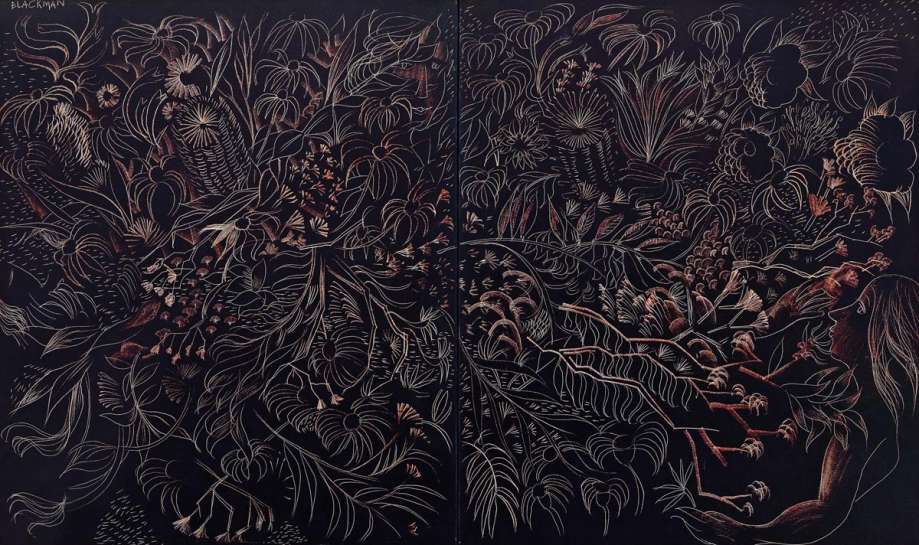 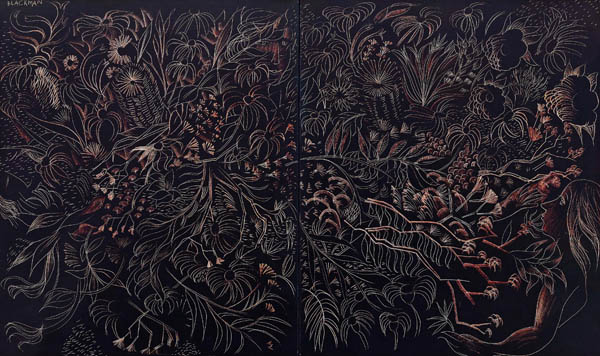 Charles Blackman was an artist who found inspiration in nature – throughout his long and prolific career, the beauty of the natural world provided the artist with a bounty of subject matter. Gardens, flowers, forests and animals were a constant feature in Blackman’s art and the artist would return to paint these subjects throughout his career. For the artist, the garden was a ‘lost domain’1, a space which was absent during his childhood and as an adult, he painted back into his memory. Often Blackman’s garden paintings came at a time following upheaval or trauma in his life; they provided a sense of calm and reassurance - a steadying, creative outlet to assuage life’s ups and downs.

The garden images stem from many sources; real, remembered, and imagined. They are not just gardens. They are flowers encircling a feeling or secret atmosphere. In these quiet dramas with their luminosities of colour and their tender rhythms, his gardens have the medieval power of illuminated stained glass windows with sunlight or even moonlight behind. Quite often, they have the same anonymity of these medieval artists which draw the beholder immediately into the heart of the painting.2

Painted in 1993, Midnight Garden demonstrates the dream-like lyricism present in the best of Blackman’s garden paintings. The present work demonstrates the artist’s technical skill which is evident in the various methods employed to reveal different layers of the composition. Blackman layers colour over the entire canvas then a last, darker layer which serves as the background for the composition. Finally, the artist draws outlines and scrapes back areas of the top layer, revealing the colours hidden underneath. Here, Blackman has used a deep brown as the final layer which highlights the spectrum of colours beneath. An ethereal figure floats in the upper left-hand corner, appearing guardian-like, watching over the maze of stems and flowers. The dark palette and omnipresent figure bring an underlying sense of mystery to Midnight Garden; however the overall mood of the work is one of joy. The energy and life within the composition is palpable and the forms and colour of the work invite the viewer into the painting.

The first of Blackman’s garden paintings were the White Cat’s Garden series, painted in the 1970s. Three major oils were the genesis of the series, Afternoon, Evening and Night and, alongside other garden pictures, were exhibited at the Bonython Gallery. The success of this show created a demand for Blackman’s work both in Australia and overseas and later, lithographs and tapestries of the subject were produced. The strain of success and its demands eventually became too much for the artist and saw Blackman relocate to Queensland where he took solace painting the surrounding landscape. The Canecutter series and the Rainforest series of the 1980s are also meditations on the natural world, featuring gardens brimming with life, colour and the artist’s characteristic lyricism.

Midnight Garden is an expression of the artist’s contentment, painted during a happy and productive phase of Blackman’s career. The subject reflects the joy and inspiration he found in the landscape around him and also demonstrates the artistic skill and versatility Blackman possessed as an artist. 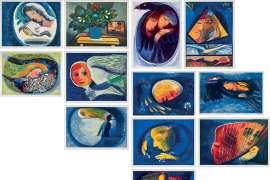 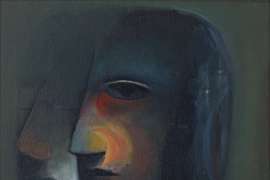 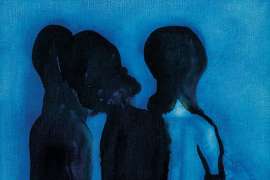 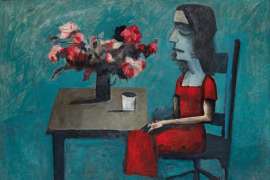