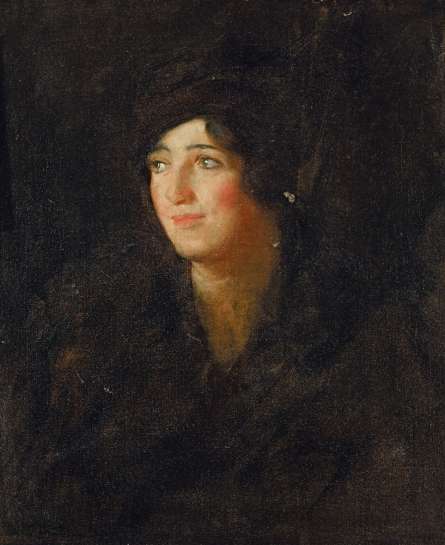 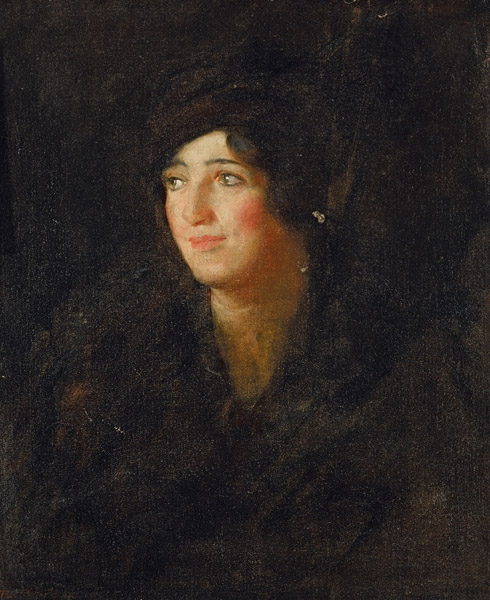 ‘Tom Roberts is the finest artist Australia has ever produced.’ This justifiably bold assertion is how Brian Finemore, then curator of Australian paintings at the National Gallery of Victoria, began a lecture at the University of Melbourne in the mid-1960s.1 Undoubtedly, Roberts was an artistic frontrunner whose truly iconic works, such as Shearing the Rams (1888-90) and A Break Away (1891), were pivotal to the trajectory of Australian art and nationhood. These large nationalistic paintings are immortalised in the Australian psyche as defining images of our emerging national identity around the time of Federation. As such, his sublime skills as a portraitist are often overlooked, yet over a third of his entire oeuvre is, in fact, made up of portraits.2

Roberts’ vast number of sitters included the complete gamut of middle and upper class society in Melbourne and Sydney, from fellow artists to musicians, society women, politicians, medical professionals, pastoralists, academics, and as we see here, actresses. His portraits stood out from his contemporaries for their superior quality, so by the late 1890s he was recognised as one of Australia’s most important and sought after portraitists. While he was certainly dependant on portrait commissions for income, he was also a firm believer in the artistic integrity of the genre. He lobbied for a National Portrait Gallery to be established in Australia, and believed that portraiture would play an active role in the evolution of Australian historical consciousness, going on to paint the opening of the first Federal Parliament in 1901 which included 269 individual portraits.3 It is thus no wonder that curator Ron Radford AM wrote in his 1996 exhibition catalogue, ‘some would argue with much justification that Roberts is Australia’s best portraitist of all time.’4

Many of Roberts’ portraits, as exemplified by the present work, are based on the academic formula of a brightly lit head against a very dark background, with the sitter’s clothes melting into the darkness. Yet he managed to avoid any academic stiffness, having learnt to master sensitivity to tone and light from the works of James Abbott McNeill Whistler (1834-1903), Diego Velázquez (1599-1660) and John Everett Millais (1829-1896), who actually visited the Royal Academy School in London while Roberts was there.

The present work depicts Miss Alice Crawford of Bendigo, who attained distinction as an actress in London. She acted for the Wilson Barrett Company in Australia in 1901-02, before moving with that company to London where she worked in the West End in a succession of successful plays, many of which were Shakespearean roles.5 She then worked for Beerbohm Tree’s company, including his Shakespeare Festival in 1907 and starring as Charmian, Cleopatra’s main lady in waiting, in his production of Antony and Cleopatra in 1906.6 Her talents also took her to the United States, touring in These Are My People in 1909, and much later appearing in silent films False Ambition (1918) and The Glorious Adventure (1922).

Painted in London in 1914, after Alice had already achieved some fame, Portrait of Miss C (Alice Crawford) returned to Australia with Roberts in 1919 and was included in his exhibition at the Athenaeum Gallery from 30 March to 17 April 1920. An article in The Argus reviewing the exhibition makes specific reference to the work saying, ‘among figure subjects and portraits particular attention is deserved by… the portrait of “Miss C.”’7 It has been almost a century since this comment, and particular attention is still wholly deserved by this exquisite portrait.

label attached verso with artist's address
A review of Tom Roberts' exhibition at the Athenaeum Hall in 1920 refers to the subject of this painting as 'Miss Alice Crawford, of Bendigo, who attained distinction as an actress in London'.

ALL CURRENT & PAST CATALOGUE WORKS BY TOM ROBERTS 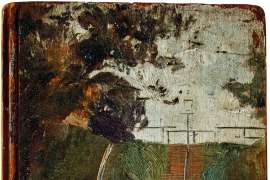 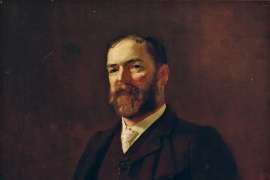 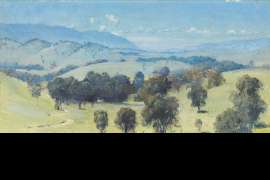 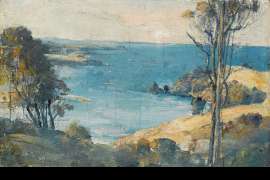