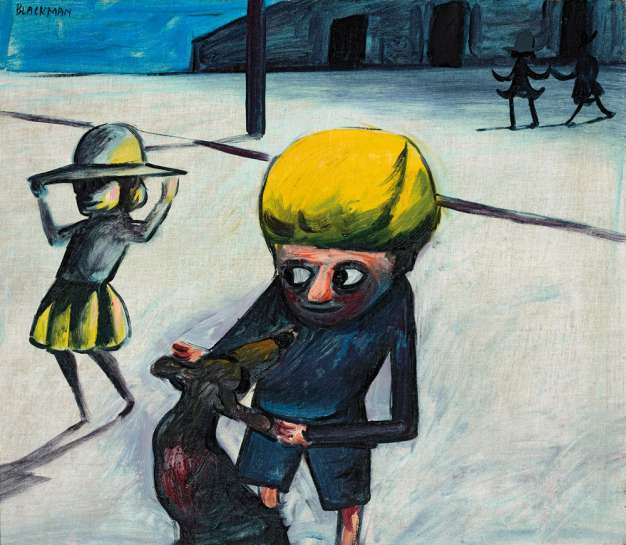 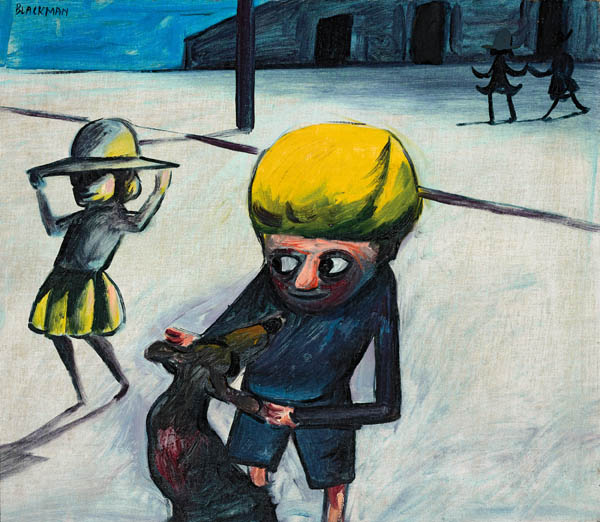 Firstly, the rare and early painting was created in 1953 exactly midpoint in the three-year pivotal time slot during which he developed his highly regarded Schoolgirl theme. There is no doubt that his new and idiosyncratically identifying theme heralded Blackman’s artistic prominence. The series is noteworthy for its visual potency and the cryptic allusions that criss-cross its pictorial dramas – collectors and connoisseurs all agree that the Schoolgirl series trumpeted his talent.

Secondly, there is little doubt that Blackman absorbed something from Nolan, De Chirico, Balthus and Redon, but it must be said that no artist in Australia conveyed such subsumed suburban menace: there’s innocence overhung by looming shadows; tunics and tension; open streets and dark alleys; straw boaters and furtive glances and then there’s those high horizon lines with all those tilted planes and jutting angles. Somehow, in a relatively short span of time, Blackman managed to symbolically encapsulate the threatening atmosphere and inky oddities of inner suburban life in Melbourne during the early Fifties.

These ground-breaking early paintings by Blackman reward close scrutiny and there is much to suggest that their darkly tinted portentousness reveals much about what it was really like to “see” and to “feel” in the barren privations of those over-strained times, a sullen three years before the heady blooming of Melbourne’s beauty during the 1956 Olympic Games. The present painting, his School Children at Play of 1953, is one of the best of these.

In this context, and in our time, it is worth remembering that Blackman’s Schoolgirl series of paintings are not an expressive symptom that reveals something within the artist himself, but should be considered more as a range of ruminations upon the selective psychosocial implications of schooling and the charmingly blithe innocence of childhood. Needless to say, there is a precarious distance between “reading” a painting and “reading-into” a painting.

However, what one can maintain with some confidence is that the Schoolgirl theme swiftly welled up in Blackman’s sensitively receptive mind in a relatively short time and that its pictorial sources sprang from a number of confluent personal events, incidents and images.

The most prominent of these “pourings” was the savage murder of his wife’s teenage friend Betty Shanks at the suburb of Grange in Brisbane. The still unsolved 19 September 1952 murder (a substantial reward is still current) of Barbara Blackman’s twenty-two year old friend (Barbara had just turned twenty-four at the time) must have flooded the Blackmans with understandable feelings of personal shock and almost instantly instilled a generalised apprehension, each of which tinted their own lives with a sense of precarious vulnerability. These personalised feelings of assailability seemed to have woven the thread of potential danger that runs through the artist’s paintings from this period until the mid-1950s. In these paintings looming shadows abound; cautionary thoughts billow from their surfaces. Blackman is candid about this formative period:

The schoolgirl pictures had a lot to do with fear, I think. A lot to do with my isolation as a person and my quite paranoid fears of loneliness and stuff like that; and indeed you could almost say why I painted them.2

Furthermore, the young couple’s apprehensive feelings were re-doubled by the regular coverage in contemporary newspapers of the highly controversial circumstances of the so-called Gun Alley murder in central Melbourne in 1921. The twelve-year old schoolgirl Alma Tirtschke, a Hawthorn West High School student, was raped and brutally murdered; her naked body was found in a grimy alley near Alfred Place. The publican Colin Ross was charged, found guilty and hanged; he maintained his innocence to the end. The heated debate about the case never cooled. It must be noted that the Victorian Governor (Prof. the Hon. David de Kretser) eventually granted Ross a posthumous pardon in May 2008 on the grounds of new forensic evidence – although the Blackmans could not have known it at the time it became Australia’s first pardon of a juridically executed person. Both murders (Shanks/Tirtschke), were, and remain, unsolved – for the Blackmans the thirty-one year gap between the two murders must have seemed irrelevant. At the time, the Blackmans no doubt drew frighteningly sober parallels between the two criminal tragedies: the bloom of youth was fragile; lived experience was fugitive - palpable threat lurked about like an unwelcome presence.

All of this coalesced at a time when the Blackmans were reading John Shaw Neilson’s poetry on childhood (vide: “To a School-Girl”) and Colette’s novel Claudine at School with its cheeky coming-of-age childhood freedoms and one comes close to appreciating the situation when, to a creative mind, everything pointed to the development of a thematic body of original work that held out the promise of stylistic coherence and the hope of considerable aesthetic potential. The cohesive visual impact of Blackman’s School Children at Play of 1953 was born of this artistic hope during the heady ferment of this determinative span of time.

Thirdly, the visual impact of Blackman’s School Children at Play shows distinct links to other important works in private and State collections. Its closest connection is to his Schoolgirls with a Dog of 1953 and Schoolgirls in Passage of the same period in the collection of the Art Gallery of New South Wales and the Australian National Gallery, respectively. Even though these two examples are works on paper it is clear that their carefully shadowed dark shapes serve, in embryo, to highlight the sense of menace that pervades the present work. Likewise, his There Was of the same year held in a private collection in Melbourne bears all the oddly pregnant tension and unpeopled threat that may be suggested in a sparse composition that seems informed by the “silent” choreography of shapes to be found in the canvasses of the Italian artist Giorgio de Chirico. Furthermore, there is much in the compositional arrangement, colours, dress pleats, high horizon line and frontal planes to suggest that Blackman’s School Children at Play of 1953 is closely linked, in both time and its pictorial characteristics, to at least three of his major paintings: In The Street of February 1953 in a private collection in Sydney; The Friends of February 1953 in a private collection in Melbourne and his The Shadow of February 1953 in the collection of Melbourne’s Heide Museum of Modern Art – formerly in the possession of the famed John and Sunday Reed, Blackman’s most ardent and vocal supporters.

Blackman’s School Children at Play is a prime example of the artist’s early foray into a laconic painterliness – that is, of suggesting much through controlled brevity. Blackman quickly found that there was visual “punch” in compacted meaning; add to this his characteristic broad-brush handling of imagery and one has the touchstones of his later justly lauded artistic achievements. Blackman’s School Children at Play of 1953 pulses with these defining attributes and points toward his illustrious acceptance into the annals of Australian art. 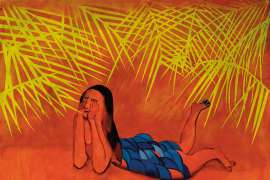 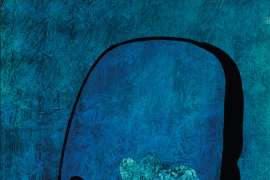 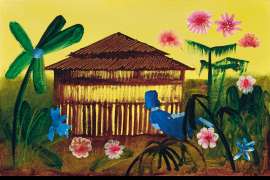 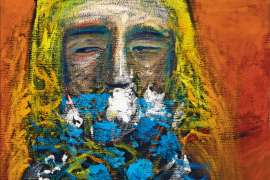