signed, dated and numbered to base: klly 01 9/9
stamped with Fundere Fine Art Foundry mark to base 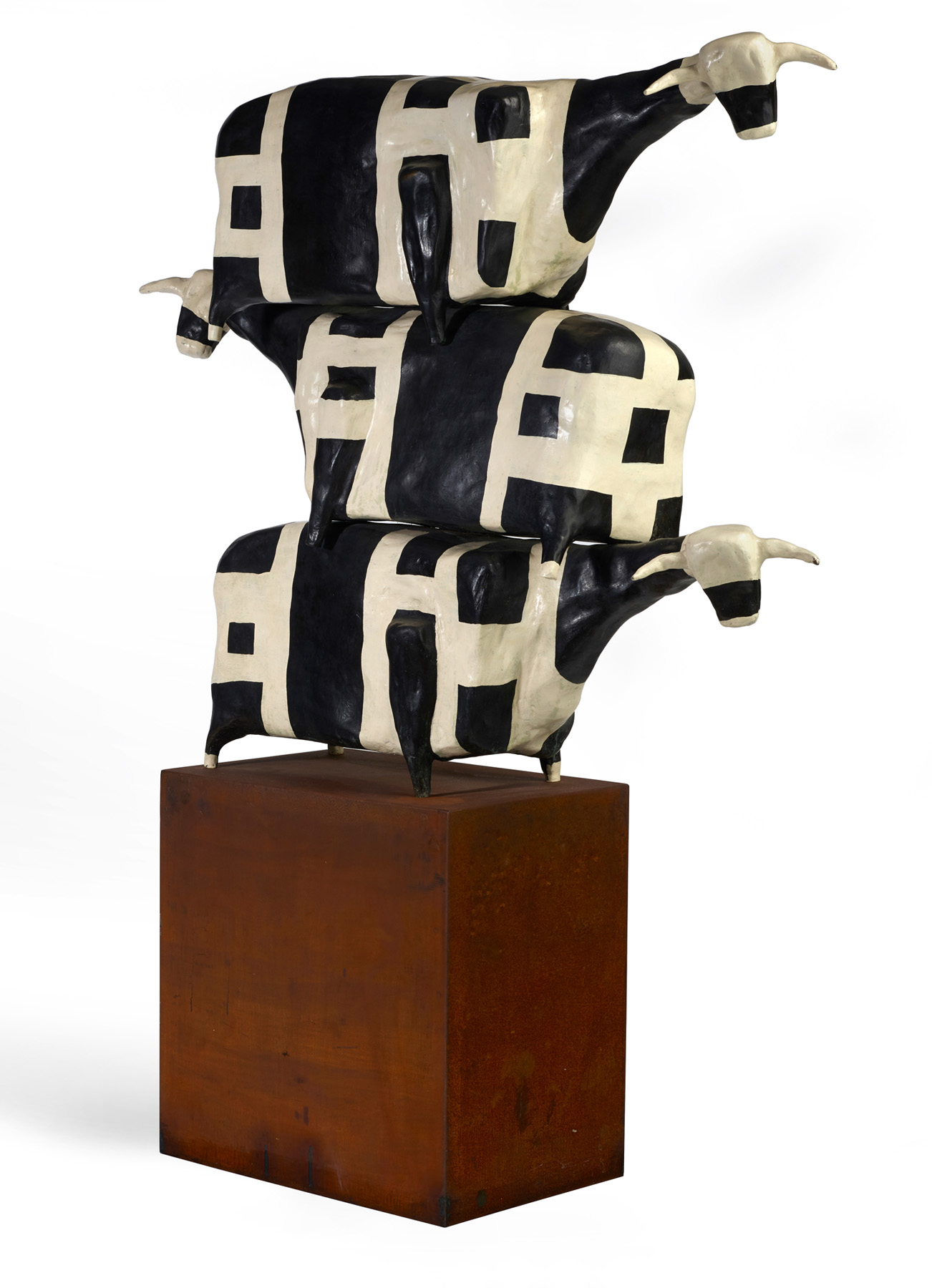 John Kelly the Australian painter and sculptor was born in Bristol and raised in Australia. Kelly has mixed Irish and English parentage and by his reckoning this birthright has given him point of difference and a ground from which he has created a body of work.

Growing up in Australia may account for Kelly’s accent but the artistic tone of his voice is global and borne by the scale and ambition of his sculptures. Kelly has followed this path with a great deal of elegance and a large portion of grit. Sculpture in bronze at any size is immediately costly, but when working at a large scale the odds are greater, and the task of forming and shaping, more exacting.

As a younger artist, John Kelly was drawn to Australian painters Russell Drysdale (1912-1981), Sidney Nolan (1917-1992), and William Dobell (1899-1970). Nolan and Drysdale had responded to the dryness and drought of Australia and to the plight of animals under seasonal duress. Kelly had discovered Nolan’s images of cows caught in trees and Drysdale’s paintings of skeletal forms in the drought-stricken landscape of western New South Wales. This predicament intrigued Kelly and gave his painting and sculpture new direction.

During World War II, William Dobell was asked by the Australian Defence Force to paint large papier-mâché cows to disguise landing strips. It seems now slightly absurd, and for John Kelly, a curious pursuit, but one that fired his imagination. It proved a salutatory moment and the inspiration to pursue what Kelly first saw as a predicament.  On this the artist has commented:

My intention is to create work that encapsulates the concepts and ideas that intrigue me. I take historical subjects such as Dobell’s cows, Phar Lap (the most famous Australian racehorse) and my own personal experience to build a framework within which I can create my own vision of things. Within this I pursue multi-layered research of concepts and ideas both visual and intellectual. Sometimes I use imagery that portrays a dumbness to camouflage a more sophisticated intent. Through this I generate visual ideas and concepts in paintings and sculptures that create their own history by engaging in the real world as works of art.1

Three Cows Stacked 2001 is classic Kelly. The cows top and tail; their heads incline left to right, creating a rhythm through the spine of the sculpture. The patchwork paint, derived from Kelly’s paintings, is a defining motif - white over black, black over white. What becomes an image most is repetition, not in a Pop sense, but from Kelly’s engine of difference and disjunction. He stays with the motif to invert content; to place, as it were, his ideas up a tree.

This is apparent in the equally impressive and larger version of the sculpture, Three Cows in a Pile 2002 that was included in the 2002 Monte Carlo Sculpture Festival ‘Parade des Animaux’. At 6 metres high and at 6 tonnes, the bronze made a striking addition to the exhibition. Three Cows in a Pile was also exhibited at the Glastonbury Festival in 2005 and at Goodenough College, London in the same year. The differing locations further broadened public appreciation of Kelly’s sculpture and give anchor to our present lot. Three Cows Stacked is an absolute image that combines mass and pattern and defines Kelly’s path from impulse to icon.

The author wishes to thank John Kelly for his generous assistance with the research for this essay.

ALL CURRENT & PAST CATALOGUE WORKS BY John Kelly 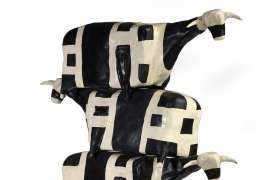 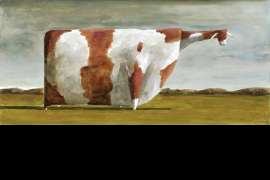 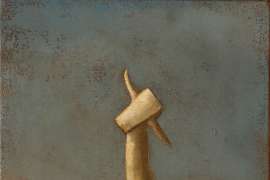 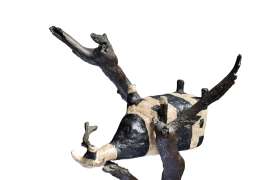