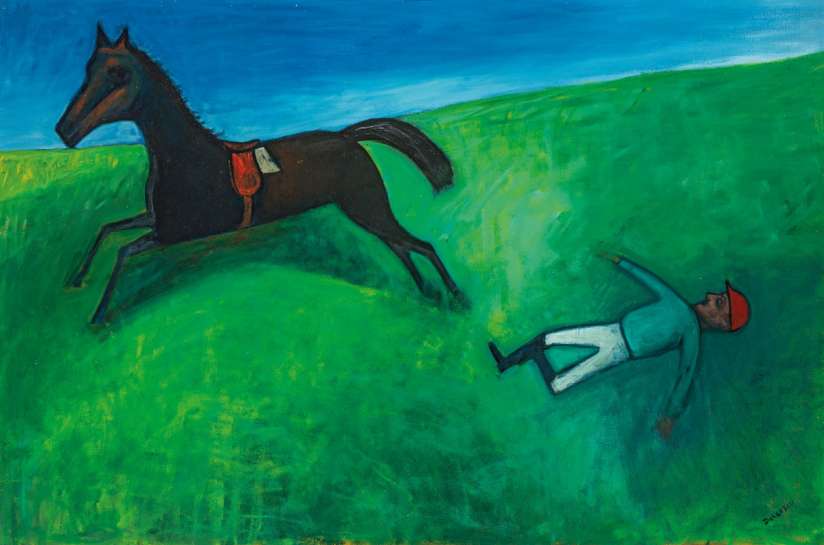 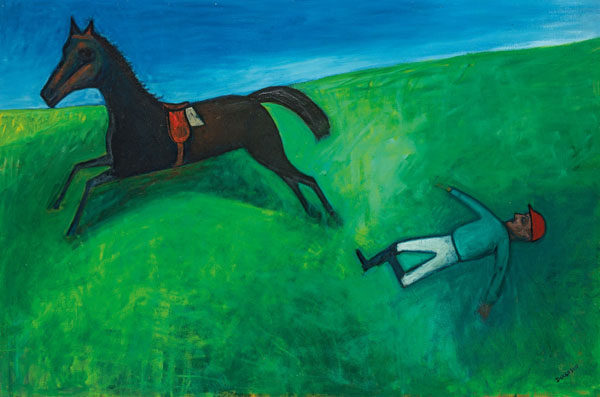 Robert Dickerson forged a successful career despite very humble beginnings, earning a reputation as the rough diamond of the Australian art world. Growing-up in Depression-era Sydney, Dickerson left school at the age of fourteen to work full-time in a factory and never received a formal art education. Though he grew up in poverty, his early years undoubtedly informed the future direction he would take as a painter of urban life. He says of this period; ‘Everyone was so poor, but I never saw it like that. I used to be intrigued by their existence, how they coped.’1

Truly a student of the school of life, as a youth Dickerson had worked full-time, boxed professionally, punted at the races, and joined the RAAF all before his twentieth birthday. Yet while never finishing his formal education or attending art school, his inherent passion for art and desire to paint led him to study the works of the Old Masters, and pioneers of nineteenth-century modernism. This self-directed study no doubt contributed to the development of his distinctive style.

The work of Old Masters was explored in his 1969 exhibition at The Johnstone Gallery, a leading private gallery in Brisbane where the present work was first exhibited. The title of the show reveals its subject, A Homage to Breughel, Manet, Daumier, Picasso, Degas, Rembrandt, Goya, Renoir by Robert Dickerson. The present work, Throwdown, is based on a composition by Edgar Degas, Injured Jockey (1896-1898, Kunstmuseum Basel) which depicts a jockey lying unconscious on an open area of grass as his horse rides away.

Dickerson had a passion for horseracing and made a number of paintings on the theme throughout his career.  Degas also had an interest in the subject. His first depiction of an injured jockey Scene from the Steeplechase: The Fallen Jockey, (National Gallery of Art, Washington D.C.) was painted in 1866 and hung in the famed Paris Salon. Degas was to revise the theme of a fallen jockey in 1880-1881 and again in the work of 1896-98 Injured Jockey upon which Dickerson based the composition of Throwdown. Here Degas depicts the jockey and horse as separate, dissonant elements in a composition that bears a remarkably flat sense of space. It is a striking example of the influence of Japanese Ukiyo-e woodblock prints that so influenced French Impressionist painters, who adopted their use of two-dimensional space and simplified forms in groundbreaking fashion.

It is easy to appreciate on a purely aesthetic level why Dickerson chose this work by Degas. It perfectly suits his sparse compositional style, where a small number of well-placed elements are employed to create the mise-en-scène. For a painter that famously participated in the Antipodean exhibition and manifesto of 1959 which sought to uphold figurative art in the face of dominant abstraction, the present work employs quite abstract spatial qualities. Rather than a traditional recession of space, the field of green grass appears to rise up vertically and push forward toward the surface of the picture plane. Against this swathe of textured green, the angular form of the jockey and horse are depicted almost like geometric elements. Above all the sky is an unbroken field of cobalt blue.

Dickerson’s choice of subject in the present work not only reflects his interest in Degas, but his lifelong passion for horseracing. The artist bred and trained horses at his property at Nowra in NSW, and a successful punt on a horserace is said to have funded his move to a dedicated art career. The story goes that he won an Australian Women’s Weekly competition to decorate a Kelvinator fridge in 1957 and bet the 100-pound prize money on a race.2 Luckily he won, and used the earnings to buy painting materials and focus on his art.

In 1971 Hal Missingham who was then Director of the Art Gallery of New South Wales wrote ‘…the most endearing thing about Bob’s pictures is that they are about humans, not effigies or abstractions, not cerebral adventures but a straight-out interest in people and their astonishing situations and commitments.’3 This artist from a working-class background was no stranger to such astonishing situations in his personal and professional life. It is this ability to capture with a sense of veracity the different shades of human experience that keeps his work continuing to engage contemporary viewers.

ALL CURRENT & PAST CATALOGUE WORKS BY ROBERT DICKERSON 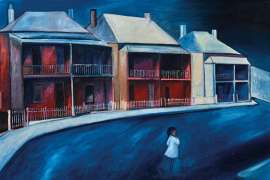 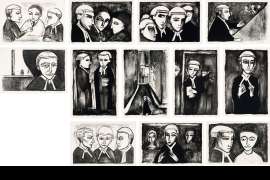 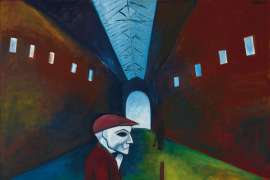 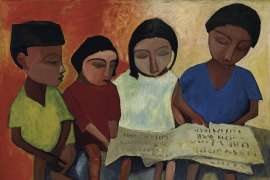