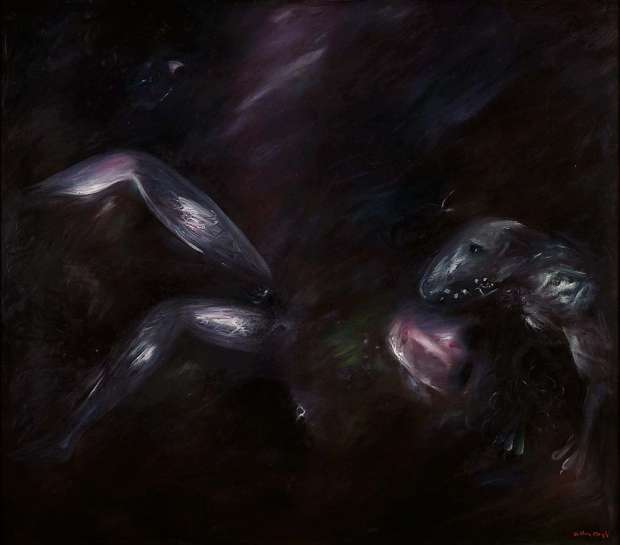 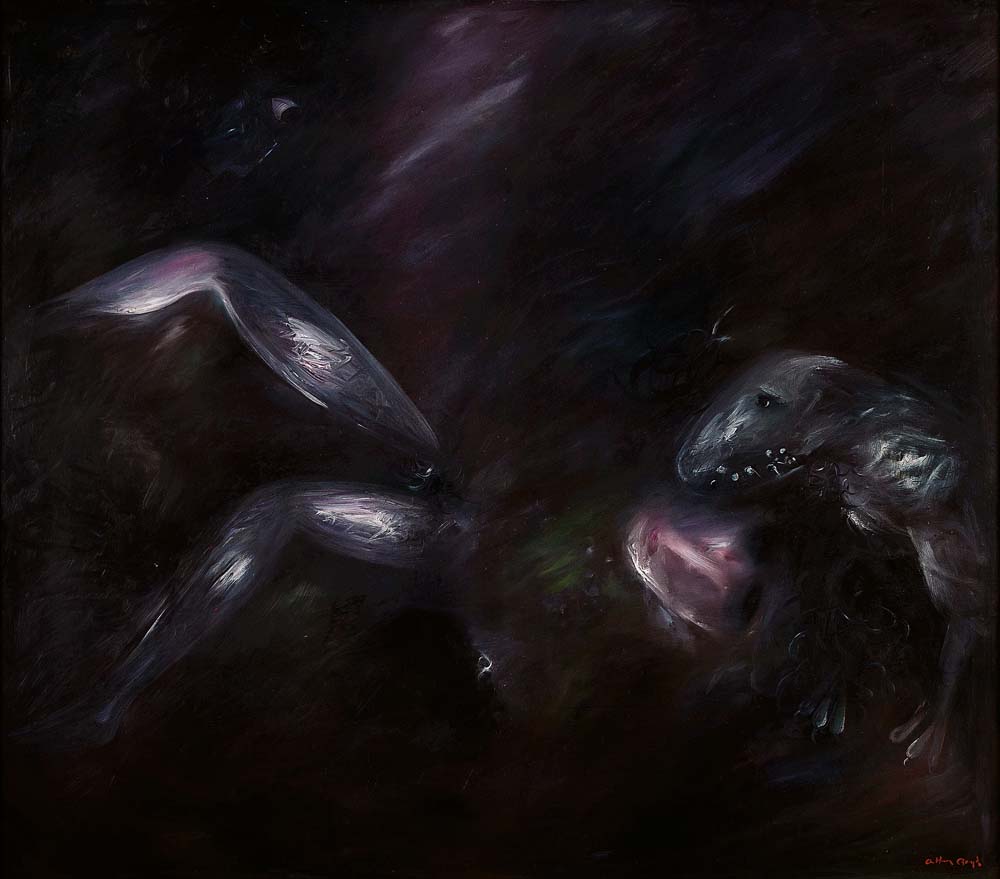 By JacquiB
Lot:
Woman and Dog

Woman and Dog belongs to the highly important series of paintings produced by Arthur Boyd after leaving Australia for England in 1959. Success in Australia meant that Boyd and his family could make the trip, and he arrived in England supported by letters of introduction and references.

Boyd was 39, and an established figure in Australia.  He moved his family to a home in Highgate and within a short time became a member of a busy circle of expatriate Australian and cosmopolitan artists and intellectuals. He also travelled extensively through Europe in order to see the work of artists he had until then mainly seen in books. Preparations for two major exhibitions: Recent Australian Painting in June 1961 and in the following year, his Retrospective exhibition, both held at London’s  Whitechapel Gallery, was his main preoccupation at the time. These exhibitions, which Boyd knew would introduce his work to a previously unimaginable audience, have since gone on to become landmark events in his professional life. The work he produced at the time marks the point when Boyd demonstrates that he no longer wanted to be seen as a necessarily specifically Australian artist, but an international one.

From the earliest moments of his arrival 1 Boyd sought out the works by his favourite artists in public collections. Pieter Bruegel the Elder (1525-69, Netherlandish) and Rembrandt (1606-69, Netherlandish), the artists he had most admired and who formed such an important inspiration for his own work in the 1940s were now joined by others. A motor holiday with his family through Germany and Italy in 1960 provided first-hand experience of the major names of Italian Renaissance art, but the paintings hanging in the National Gallery in London provided the most durable and tangible influence. In particular the work of the Venetian artist Titian (1487/90-1576) is clearly evident in his work at this time. In some respects, Boyd’s interest in Titian is unlikely. It seems ironic to consider that Titian’s grand style, which forms part of the foundation of European Classical art, and embodies the grandeur and rhetoric of that genre, should become the source for Boyd’s intensely personal, psychological dramas. Titian’s ability to integrate large groups of figures in landscape, and his brushwork were of technical interest, but Boyd also responded to Titian’s particular brand of courtly Renaissance humanism, and the refined elegance that characterises his work.

Specifically, Titian’s late masterpiece, the Death of Actaeon, hanging in the National Gallery in London, was arguably most important painting in Boyd’s life at the time. The hunter Actaeon was in the woods with his hounds when he stumbled upon the beautiful goddess Diana, bathing in a secluded spot with companions.  Angry at the intrusion, she changed Actaeon into a stag and he was run down and killed by his own dogs. The fatal mishap leading to retribution was a theme that resonated with Boyd. Individual elements of the myth -  the nude in a landscape, water, the image of the dog, the hunter, and the hunted -  were all themes that Boyd could assimilate with his work so far, and which he continued to draw upon in the coming years.