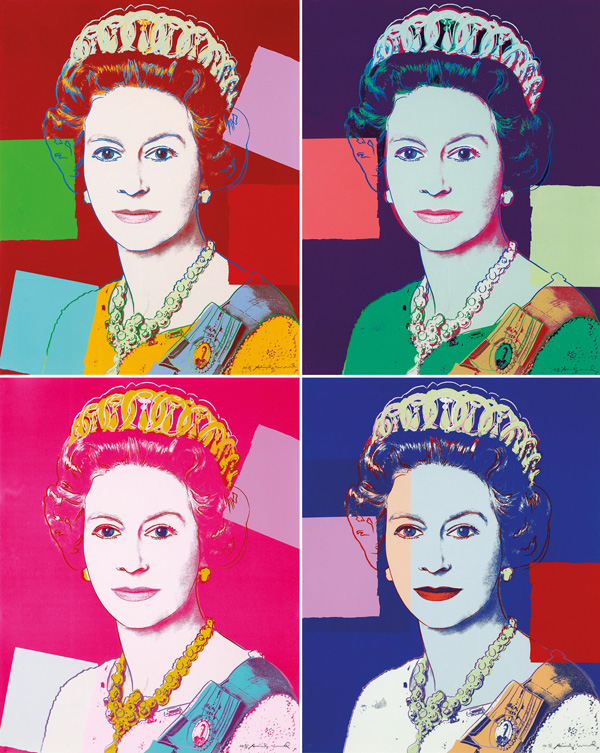 Andy Warhol is arguably the most important contemporary artist of the twentieth century. The reasons are as many as they are various but perhaps the most far-reaching is Warhol’s use of serial imagery. By 1956, artists in London and New York were drawing upon popular and secondary media for their paintings, sculpture, and prints. The term Pop, first coined in 1958 by Laurence Alloway, quickly became an idea that ignited contemporary imagery in the minds of artists, critics, and collectors.

Andy Warhol was well placed as an illustrator and by temperament, as an observer of modern life. Warhol understood repetition and the part advertising played in modern life. He famously said he had the same lunch of Campbell’s Tomato Soup every day for twenty years. In turn, in August 1962, Warhol exhibited 32 Campbell’s Soup Can paintings at the Ferus Gallery in Los Angeles. The paintings were arranged simply along shelves: one Chicken, one Cheese, one Chilli Beef, one Green Pea. Why have one when you can have many versions of the same thing. 1962 was also the year that Warhol, with his contemporary, Robert Rauschenberg (1925-2008), discovered photo silkscreen printing. Screenprinting was the perfect medium for reproduction and multiples and ‘It was all so simple,’ as Warhol described it, ‘… quick and chancy. I was thrilled by it.’1

The Queen Elizabeth II set was conceived by Warhol as early as 1977 but it wasn’t until 1985 that the artist completed the series Reigning Queens. The series includes Queen Elizabeth II of the United Kingdom, Queen Margrethe II of Denmark, Queen Beatrix of The Netherlands, Queen Ntombi Twala of Swaziland. Reigning Queens was first exhibited at Leo Castelli Gallery in New York in September 1985. In 2012, the Royal Collection purchased the full set of Queen Elizabeth II, appropriately embellished with diamond dust, to mark the Queen’s Diamond Jubilee.

This complete Elizabeth II set appears here for auction and comprises four screenprints in different colourways. Each is individually signed by the artist and inscribed to designate the set. To be seen in sequence, as these are, makes the impressions of Elizabeth II even more desirable. The image of the Queen is unchanging, yet the colour and abstract formation of each print is unique. Knowing the allure of celebrity and the appeal that the image of the monarch has, prompted the artist to declare that he wanted to be, ‘as famous as the Queen of England.’2