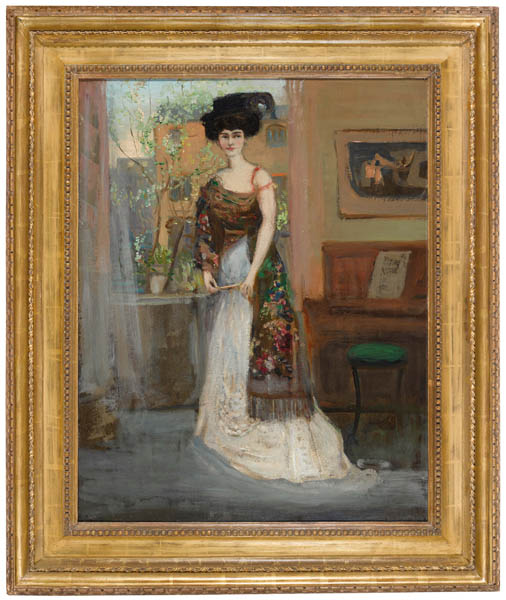 By in Blog
Lot:
The Spanish Shawl (Portrait of Annie Cecil Lawson)

This picture is less a portrait of his sister-in-law and hostess than about the ‘treasure’ which caught his eye and stirred his imagination during a recent visit to Spain. (Conder had an interest in Spain before this time. In Scaramouche, one of the sketched figures is a lady with a mantilla). The colours, the pattern and the gradations of colour stimulated his imagination. The shawl dominates this portrait of his sister-in-law, Mrs Lawson. The line of the shawl falls in a swathe across the subject’s body. There is a careful balance of light from the window behind and the light within the room. The latter is sufficient to show the jewel-like colours of the shawl.