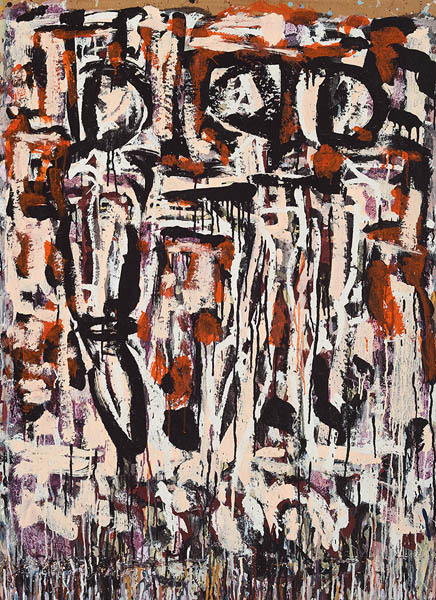 Ian Fairweather was born on Tuesday 29 September in 1891 at Bridge of Allan in Stirlingshire in Scotland, the youngest of nine children. His father James, “a man of the most perfect temper”, was educated at Edinburgh University, became a Surgeon Major and Deputy Surgeon-General and worked for the Bengal Medical Service in India attached to the Twenty-Second Punjabi Rifles. He served on the North-West Frontier; the Indian Mutiny of 1857; the capture of Delhi, the Siege of Lucknow and the capture of Bareilly. He was awarded the Frontier Medal with one clasp and the Mutiny Medal with three clasps and retired in 1886 with a handsome Extra Compensation Pension.1 Upon Ian Fairweather’s birth his parents decided to live in India and they left their baby son in the care of various aunts who lived in Brechin, Sydenham and Jersey. Fairweather’s parents returned from India in 1902 and the entire family moved to live in tiger-skin decorated opulence with butler service at Beaumont on the Isle of Jersey. Fairweather was educated there at Victoria College and later was privately tutored in Earl’s Court in London and at Chempéry in Switzerland. At the age of twenty-one he entered army officer training in Belfast and, at the outbreak of World War I, was commissioned as a Second-Lieutenant in the British Army. Fairweather knew Somerset Maugham, Augustus John, Walter Sickert and Robert Scott (of Antarctic fame) – all in all, this was life of a different order.

It is worth recalling that from birth Fairweather did not see his parents at all during his first ten years. It is difficult to determine what effects this separation might have had. Certainly, such traumas have their effects and though they are unusual, they are not uncommon through early deaths, desertion, wartime casualties and the like. Additionally, living with other families and being tolerated rather than accepted carries its own strains. Some commentators see this early period as somehow linked to Fairweather’s later legendary solitariness – there may well be truth in the old proverb “as the twig is bent, so grows the tree”.

Despite this interesting supposition, there is a more plausible explanation. Fairweather was the first Australian artist to live out and embody the attributes of what the Chinese know as the “hermit poet” or the “wandering scholar”. This proposition explains much and is worth fleshing out.

Fairweather was captured on 24 August 1914, after just two months of service, near Dour in France and sat out the rest of the First World War in various prisoner of war camps around Germany. This long period of enforced confinement led him to discover the engrossing writings of Ernest. F. Fenollosa (1853-1908), an American scholar of Japanese aesthetics and the Professor of Philosophy at Tokyo University, and the immensely popular books on the Orient by the Irish writer Lafcadio Hearn (1850-1904). The effects of this literary diet must have been dramatic as Fairweather thereafter started to learn Japanese, and later Chinese, and took up drawing.

Subsequently, Fairweather’s artistic path came to be characterised by a very footloose approach and seemed to depend heavily upon almost constant travel. What is remarkable is that Fairweather’s travels were almost exclusively restricted to Asian locations and that they started in 1929, a time when little was generally known about the Far East countries, as they were then called. There was something in Fenollosa and Hearn’s writings that deeply stirred Fairweather’s nomadic spirit and propelled him through China, Japan, Taiwan, Hong Kong, Borneo, Bali and the Philippines. Fairweather tried to learn the modes of seeing of the people he was with and there is something autobiographic about his paintings, as they are very much reliant upon the places and events that dotted his life. He later referred to these paintings as his “tourist pieces”, but the rueful self-deprecation of this throwaway phrase overlooks the fact that what Fairweather was doing was far more important than he could have realised at the time.

With hindsight it is now possible to see that Fairweather was trawling the East and gathering visual data – the local colours, the stains on temple walls, graffiti on fences, the fluidity of batik cloth, the patterns of printed fabric, the flow of line on a scroll, the warmth of old tiles, the textures of thatched rooves – so that he could construct a visual grammar of form that arose from observed local experience. So successful was he in this that his subtle paintings of the period sit well in their locations and do not look as though a Westerner created them. The paintings’ colours, themes and tones are appropriate and accord well within the ambience of a bucolic village – they are never paintings that shout for attention. This is quite different from some Western artists who visit the East and paint works that are intended for a Western wall and are conceived of as souvenirs of time spent in a foreign land – they so often pepper walls with “interesting” oddities, flaunt their sense of place or are flawed by “been there” late- colonialist vanities.

Fairweather’s paintings go well beyond any souvenir and have distinct formal and painterly characteristics: flat planes rather than recessional illusions; screen and frieze-like structures; scumbled surfaces; gestural paint work; no over-finishing; multi-layered surfaces; delicate colour harmonies; accidental effects; frame-within-a-frame formats; a “stamped” monogrammatic quality; a loose calligraphic line that renders form indistinctly and visual tension between background and foreground elements. All these elements seem to be engendered in his work by a Taoist-like submission to the actual process of painting them – a type of “non-action” aesthetic response that relies more on rumination and delectation than on getting a scene rendered naturalistically. Consequently, Fairweather’s paintings never look forced, their child-like informality looks natural and they generally appear to be “self-made”. Fairweather’s very basic and hermit-like existence in a shack on Queensland’s Bribie Island confirms these observations and his life there, where he created his best paintings, including the present work, seemed to be motivated by the three main Taoist principles: compassion, moderation and humility.

Fairweather’s Composition V of 1969 was painted during his late mature phase, just five years before his death, when his journey into pictorial abstraction was well advanced. The painting with its calligraphic urgency speaks of a desire to picture an experience through the use of a curtain of umber, sienna and cream pigments. These patinated tones all but blur the barely discernable outlines of three figures, probably washerwomen, standing at the edge of a pool or lake. Fairweather, like Jackson Pollock, did not “see” his finished product and then bring it into being – on the contrary, it grew as it went; much like jazz improvisation evolves as it progresses. This is the aesthetic nub of Fairweather’s artistic visual force.

In all aspects, Fairweather’s painting Composition V stands in close company with his magisterial work House by the Sea 1967-68 in the collection of the National Gallery of Australia and his energetic painting Figures and Faces 1969 in the Tarrawarra Museum of Art. These three paintings all have the visual swooning of forms that are so characteristic of Fairweather’s work after 1965 and all show the artist at a calligraphic peak. It’s not that the paintings have deftness or visual charm; it’s that they manage to convey an intensity and a guttural rawness that is as bracing as a smack to the face. It all arises from the aesthetics of the glance – one gained in a moment, gleaned over weeks and goaded out over months. The end result somehow coaxes and condenses the visible features of the external reality outside the painting. Once this is grasped the understood associations rise to the fore.

Fairweather was radically original and doggedly independent. His un-tortured temperament was placid; his manner was mild yet his unsettled life and its perplexing trajectory seemed always to be tinged with a single-minded saint-like renunciation. It is important to stress that he was the first Australian artist to adopt and display what might be called a Pacific Rim aesthetic. Significantly, before Fairweather no Australian artist peered along that longitude. His itinerant life in the area provided him with a lexicon of appropriate forms and a visual vocabulary that his artistic mind concertinaed into highly original paintings that have always been deeply admired and collected by the most discerning of buyers.

The wonderful Australian art critic Robert Hughes once famously camped overnight at Macquarie Galleries door to buy one of Fairweather’s paintings and John Sundkvist, the respected Swedish critic and Sinophile, said that standing before a Fairweather is like looking into a mineshaft: ‘whether it’s like something else or not does not matter. What it communicates is complete necessity and of resistance overcome’.2 That Fairweather’s paintings can elicit such actions, one a determined act of judgement, the other simpatico “art speak”, is a testament to the responsive dimensions spanned within his art.

The present painting, Fairweather’s Composition V of 1969, is a very accomplished and visually arresting example of the seventy-eight year-old enigmatic master during his justifiably much-admired mature phase.