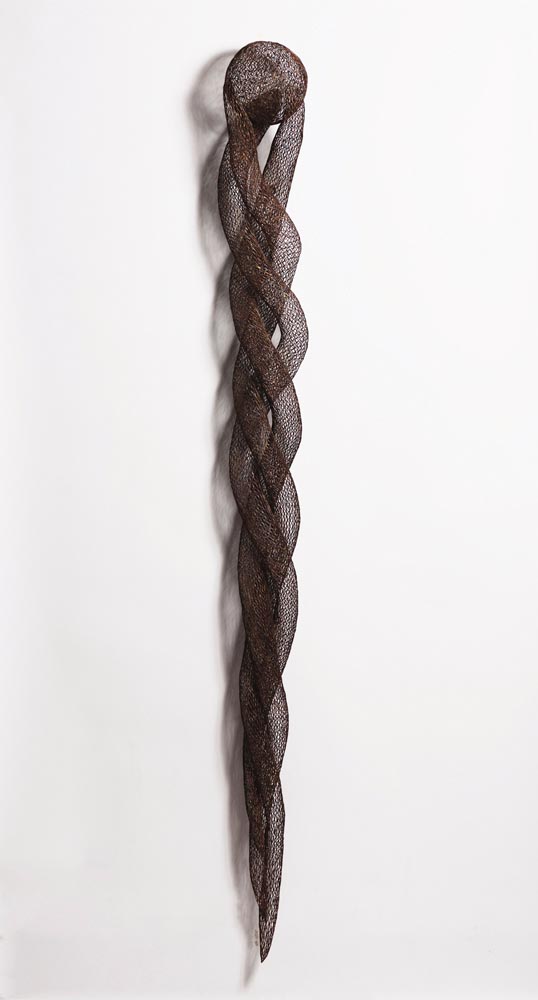 Clasp 2006 was made in the last year of Bronwyn Oliver’s life. She was at the height of her powers, creatively and intellectually, yet at her most fragile and difficult personally. Throughout her shorter-than-it-should-have-been career, there was an incredible consistency about her work, while it continued to develop and grow in new directions that were both complex and simple. Around her, the art world at large seemed to take on a different form every five years, but this did not distract her from her unique vision and ever more sophisticated repertoire of fabrication techniques. Oliver was also one of the keenest observers of her own work, its evolution, and its emotional impact, as when she tells Hannah Fink, ‘My work is about structure and order. It is a pursuit of a kind of logic: a formal, sculptural logic and poetic logic. It is a conceptual and physical process of building and taking away at the same time. I set out to strip the ideas and associations down to (physically and metaphorically) just the bones, exposing the life still held inside.’1

When she was born in rural New South Wales, in Gum Flat, west of Inverell, in the hot summer of 1959, the hottest thing in the international art world was the emerging movement of Pop Art, which was quickly and ruthlessly summarily executing all the tenets of Greenbergian formalism that had denied narrative and figuration in the work of the Abstract Expressionists and the Colour Field painters. The previous year, the sculptor David Smith (1906-1965) represented America in the Venice Biennale, and in St Ives the English sculptor Barbara Hepworth (1903-1975) was at the peak of her career. By the time Oliver was eight years old she was attending weekend art classes run by Ian Howard (born 1947), the local schoolteacher at Inverell. The year was 1967, The Beatles Sergeant Pepper’s Lonely Hearts Club Band had just been released, and in the art world Minimalism was now competing with Conceptual Art. Donald Judd (1928-1994) and Joseph Kosuth (born 1945) were, respectively, at the forefront of those still-hugely-influential movements, and Australia and New Zealand were in the vanguard through the pioneering works of Ian Burn (1939-1993), a member of the Art and Language group, and Billy Apple (born 1935) from Auckland, arguably the first of the Conceptualists. All of these ideas would of course filter through to Australian art schools and artist run spaces, as they would to cities around the world, from Toronto, to Glasgow, to Mexico City. Oliver would also become aware of them, as she would Installation Art, Video Art, and Relational Aesthetics. But rather than be influenced by them, or kicking against them, all these new tendencies were like lighthouses between which she guided her own totally unique one-woman art movement. Oliver (born Bronwyn Gooda) is remembered in 1967 by Ian Howard, himself a singularly gifted artist and later a colleague and mentor at what was then the College of Fine Arts, University of New South Wales, at the age of eight as ‘a chirpy, freckle-faced kid, always the first to arrive and the last to leave – the outstanding student even then.’2

The recent massive survey of her work, ten years after her death by her own hand, at Tarrawara Art Museum in the idyllic Yarra Valley, was a tour de force, giving a complete overview of the artist’s work. Curated by Julie Ewington, it was conceived by the museum’s director Victoria Lynn who gives us one of the best summaries of the artist’s methodology when she writes,3

‘She had an intensive approach that involved joining threads of copper wire to create what appear to be woven forms that allow light to pass though their surface and cast shadows on the walls and floors. Her works resonate with the force of archetypes, and their green and brown patinas suggest an enduring presence that remains as relevant now as when they were first created.’

Ewington gives marvellous context to Oliver’s early studies and overseas travels, writing ‘Completing art training in the early 1980s, when many artists were turning to installation, video and other ephemeral media, Oliver resolutely pursued the making of three- dimensional forms. Fortuitously, she grew to artistic maturity at the time of an international resurgence of sculpture. Over several extended stays in France she studied a broad range of ancient and classical sculpture in museums, and in London she witnessed the nascent years of the ‘New British Sculpture’: artists such as Shirazeh Houshiary (born 1955), Antony Gormley
(born 1950), Alison Wilding (born 1948), Anish Kapoor (born 1954) and Richard Deacon (born 1949) were renovating sculptural practice, and an efflorescence of exhibitions and publishing sustained its development. Importantly, both Kapoor and Deacon had preceded Oliver at Chelsea School of Art, where she studied in 1982-83. The radical simplifications of form and the extraordinary standards in making that characterised this entire cohort
of younger sculptors influenced the way Oliver refined her
own work.’4

And that refinement grew into a highly complex form of personal crafting, coupled with original thinking, that might find parallels in the practice of Fiona Hall (born 1953), but with totally different results. Hall progressed her personal vision right up to the Australian Pavilion at the Venice Biennale, it is likely Oliver would have achieved the same had her life’s trajectory allowed her to. One constant in her life was her friend and dealer Roslyn Oxley who was always there for her, always totally supportive. Oxley mounted the posthumous exhibition of Oliver’s work opening at the Roslyn Oxley9 Gallery on 10 August 2006. It included the masterpiece Clasp which has been in a private collection in Italy ever since.

Fink, in her page-turning and at times surprisingly laugh-out-loud funny monograph on the artist (pranks played with Ian Howard, PG Wodehouse by her bedside, Philip Adams always her last appointment on Radio National) quotes Oxley: ‘There was nothing quite like the last show. Thousands of people came through the gallery. The consummate nature of the works was as confronting as they were heartbreaking, charged suddenly with all the emotion that had gone into them. The visitor’s book was filled with comments: people were moved to respond. They almost all addressed Bronwyn as though she were alive. Brian O’Dwyer wrote simply, ‘Goodbye.’5

3. Statement made through TarraWarra Museum of Art media office

ALL CURRENT & PAST CATALOGUE WORKS BY Bronwyn Oliver 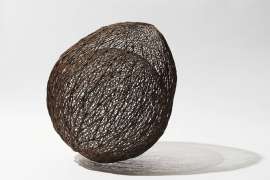 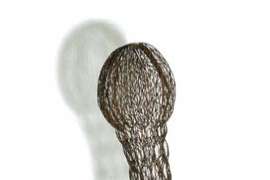 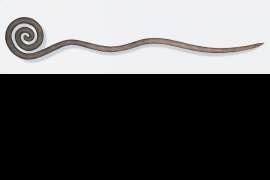 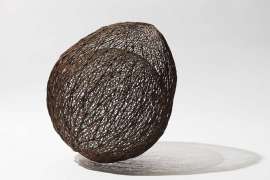