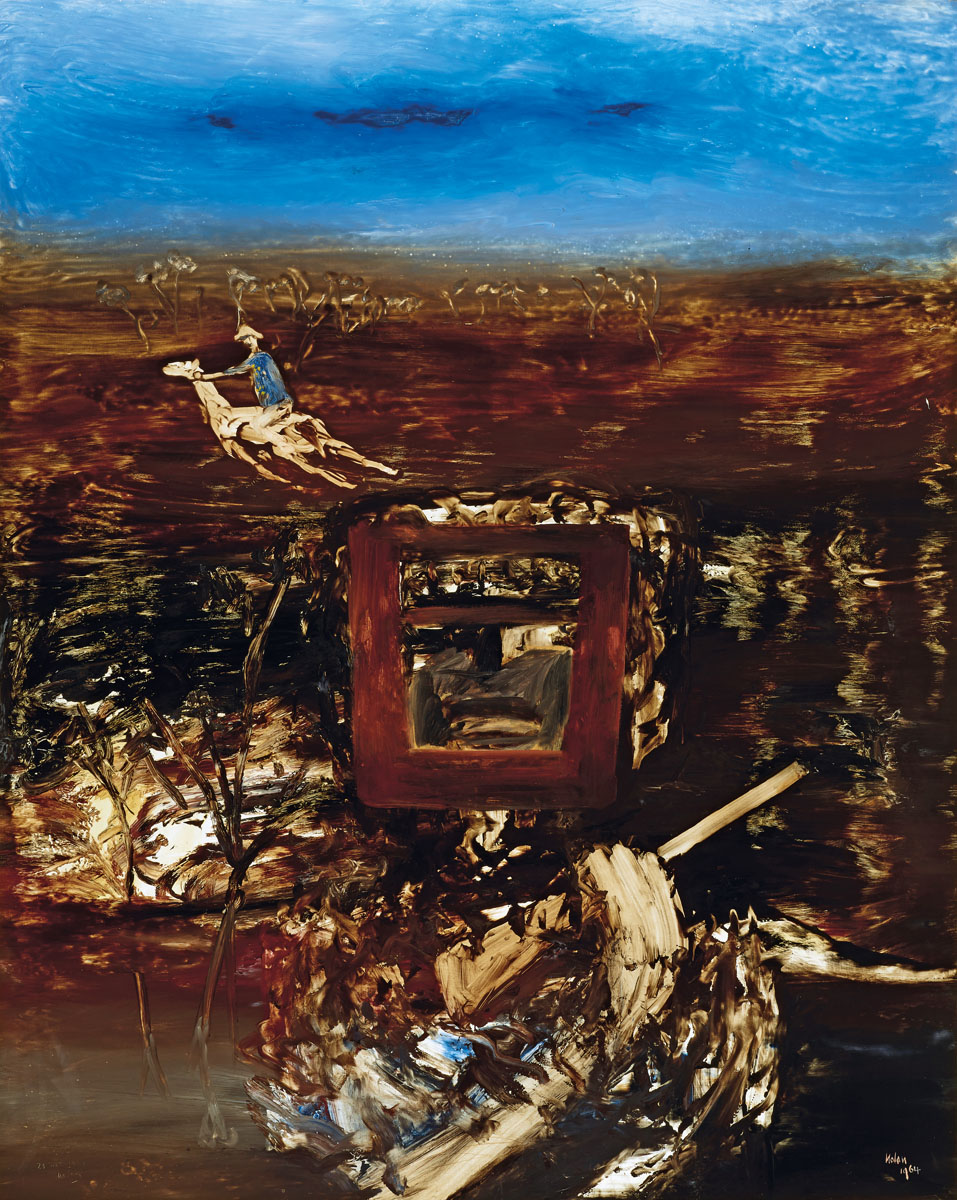 Within Nolan’s immense oeuvre, the story of the bushranger Ned Kelly was the artist’s great theme and, equally, his great obsession, which he was to visit and revisit over a period of thirty-five years. In the artist’s own words: ‘The image of Kelly became the touchstone of my progression as a painter’.1 The imaginative power and authority of the three main series of Kelly paintings remains collectively Australia’s most celebrated epic narrative, its emblematic focus being the ubiquitous black minimalist square of Kelly’s helmet silhouetted against the landscape.

The present work, simply titled Kelly, of 1964, is from Nolan’s third series of Kelly paintings completed during an extended sojourn back in Australia in 1964, following a trip to Antarctica with the writer Alan Moorehead. Joined in February by the art critic Robert Hughes, Nolan then made a pilgrimage to more familiar territory, visiting the Wimmera region near Dimboola where he had spent two years of his military service in 1942-43, painting the vast plains and scattered scrub of this unique landscape.

Later, in December 1964, he began work on the most ambitious of all the Kelly paintings: the nine panels of Riverbend I, an eleven metre-long work dedicated to his father, Sidney Henry Nolan, and recalling childhood holidays on the Goulburn River near Shepparton. Riverbend, together with thirty-seven additional paintings, was exhibited at Albert Hall in Canberra in August the following year.

Among these was a group of seven paintings collectively called ‘Kelly in the Landscape’, which most likely included the two key works from the 1964 Wimmera experience: Ned Kelly and Mounted Trooper and the present work, Kelly. The two paintings - the same medium and much the same size - are also comparable in terms of content. In each painting we see the dark umber coloured earth of the Wimmera plains, interspersed with the region’s salt lakes and flat scrubby vegetation. In both paintings the landscape is dominated, if not overwhelmed, by the powerful iconic square of the Kelly helmet. In Ned Kelly and Mounted Trooper, the helmet appears as an immense black and white apparition looming out of the cerulean blue of a late afternoon sky. In the immediate foreground a blue and white uniformed trooper, rifle slung across the saddle of his horse, stares directly at the viewer. These two Wimmera Kellys – very much companion pieces – have much in common: an immense sweep of sombre landscape taking up most of the pictorial space as a setting for the presence of the same two protagonists: a helmeted Kelly contrasting with a much smaller figure of a trooper on horseback. There, however, the similarities between the two paintings end.

As ‘puzzle’ paintings they present two opposing sets of pictorial ideas. On the one hand, Ned Kelly and Mounted Trooper appears as a self-conscious exercise in theatricality. As viewers, we may well feel as if this figure, occupying the forefront of some operatic stage, may well launch into an aria at any moment. The immense black helmet, with all its ‘painterliness’, equally suggests the character of a stage backdrop – with its symbolic theatrical presence of a seemingly ghostly Kelly. Nolan, of course, had a life-long involvement with ballet and operatic theatre productions, beginning as early as 1940 with the Serge Lifar’s Ballets Russes production of ‘Icare’ at Sydney’s Theatre Royal.

The present painting, Kelly, is of a very different character: instead of a frozen theatrical moment there is energy and movement. The blue sky is a void; the helmeted apparition itself is now located in the immediate foreground of the painting. The colour of the helmet echoes the burnt umber of the landscape. A rifle slung across the saddle of his horse the trooper has spurred his horse into a furious headlong gallop, fleeing in terror from an armed and fearsome Kelly. The form and body language of this Kelly owes much to that of the celebrated First Class Marksman of 1946. Here again is an abstracted Kelly in rudimentary armour pushed up against the frontal picture plane, aiming a gun and preparing to pull the trigger. Yet, for all Kelly’s masculinity, the 1946 painting offers a light-hearted somewhat comic Kelly with cartoon eyes popping out from the helmet. However, the 1964 work presents a more ambiguous figure. With its highly expressionist mode of painting the eyes are now all but indiscernible and there is little in Nolan’s oeuvre to compare with the unnerving sense of threat that emanates from the fierce primitivistic figure of this Kelly painting.

Both Wimmera Kelly paintings appear to have been painted as a prelude to the immense Riverbend mural in which Nolan explores a more introspective and psychological conception of the Kelly project. To this end Nolan turned to memories of childhood and of the War years. In relation to Kelly, he drew specifically on his Wimmera ambience of 1942-43 when he had initiated a radical modernist vision of the Australian landscape that effectively displaced the vision of the impressionist pastoral tradition.

Nolan also rethought the original Kelly series in this search for new and more personal dimensions of the Kelly narrative. It seems clear, for example, that the emotional tenor of Kelly stems from a re-conception of one of its most dramatic and doom-laden moments of the Kelly story: the bloody encounter at Stringybark Creek in 1878 that left constables Lonigan, Scanlon and Kennedy dead – and the fourth, McIntyre, fleeing for his life. The four members of the gang were now officially outlaws. Kelly of 1964 surely depicts the panic stricken McIntyre, together with a looming figure of a Kelly emerging from the Freudian murk of a billabong-like morass.

Nolan, himself, likened his obsessive preoccupation of the Kelly myth as feeling like a ‘millstone round my neck.’2 In commenting on this sense of imprisonment, the writer T.G. Rosenthal extended the metaphor by suggesting that, in the phenomenon of Kelly, for Nolan the artist there was psychologically perhaps an even worse kind of entrapment - one resembling that of the incubus, the dark creature of myth and nightmarish oppression from which there seemed no escape. Significantly, the Riverbend paintings, however - with their dream-like reverie in which the violence of the Kelly narrative is defused – finally bring this third series to an adagio-like conclusion.

ALL CURRENT & PAST CATALOGUE WORKS BY Sidney Nolan 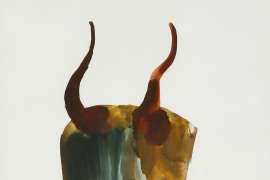 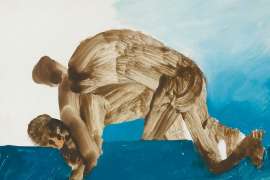 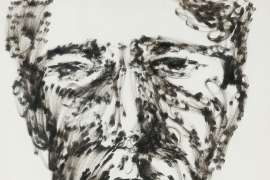 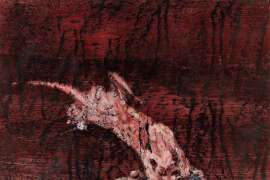