numbered and signed below image 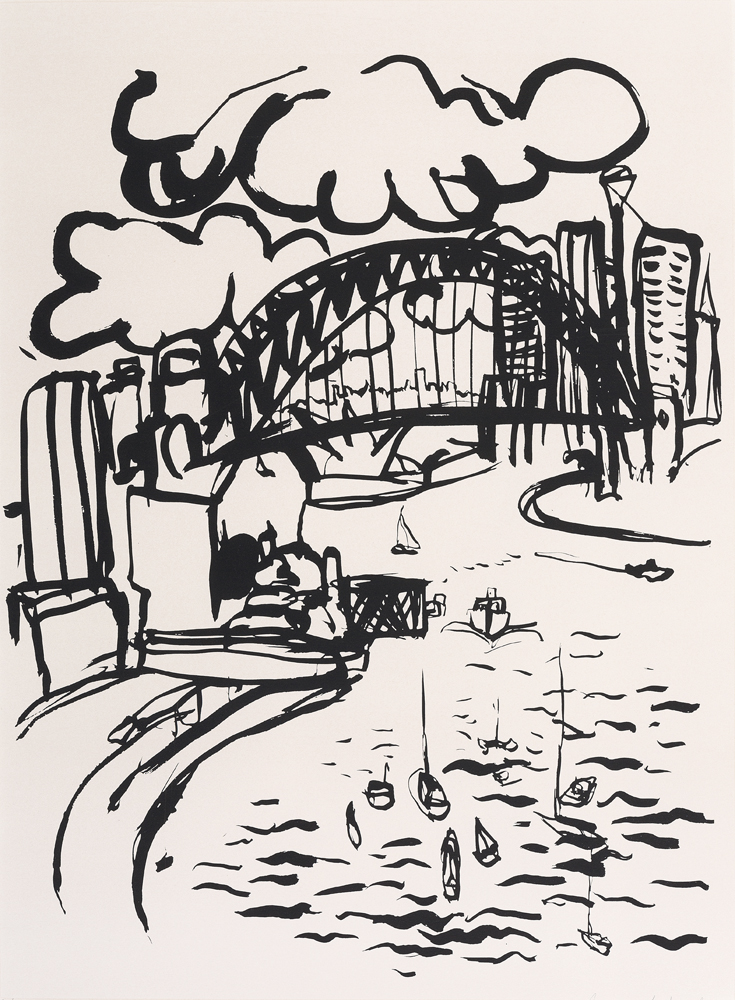 Sydney Harbour 1922, presents a tranquil, luminous vision of sea and sky. It is a richly evocative work that was painted following Boyd’s move to Sydney early that year. For a period of six months, prior to travelling to London in September to organise an exhibition of recent international art, Boyd roamed freely around Sydney and its environs. He reconnected with places that held a special affinity for him such as the Blue Mountains and Hawkesbury River, and rediscovered the vibrant colours of Sydney Harbour. The resulting paintings formed the nucleus of a highly successful exhibition held at the Athenaeum Hall, Melbourne, in August the same year. Many of these are held in major public and private collections.

Part of the acclaimed Boyd dynasty of artists, Penleigh Boyd was born in Wiltshire, England in 1890, the third son of artists Merric Boyd (1888-1959) and Emma Minnie Boyd (née a’Beckett) (1874-1932). Like his mother, Boyd showed a precocious early talent for painting and drawing. He became a student at the National Gallery School, Melbourne, in 1905, aged 15, and exhibited at the Victorian Artist Association Gallery in his final year of study in 1909. In 1910, Boyd held his first solo exhibition before departing for London in 1911 where his work Springtime was hung at the Royal Academy.

These early successes instilled in Boyd a confident sense of achievement that was tested by the tumultuous events of World War I. Boyd had enlisted in the AIF in November 1915 and served with the transport section of the Australian Electrical and Mechanical and Boring Company. He was badly gassed at Ypres, and after a period of convalescence in London he returned to Australia in March 1918.

Despite this trauma, the period from 1919 to 1922 was one of extreme artistic productivity for Boyd. His landscape paintings and watercolours from this period countered the ongoing emotional and physical effects of war by celebrating the beauty and restorative power of nature, evoking qualities such as stillness, quiet, balance and order. Like many artists of his generation, Boyd focused on the depth of character and infinite variety of the local landscape: this was a period of cultural renewal in popular Australian landscape painting. Boyd’s vibrant tonal paintings of wattles, striking seascapes and majestic gums were exemplary in this regard, and his later paintings extended these en plein air traditions.

Sydney Harbour focuses on a sheltered bay in a restrained autumnal light. Gentle repose is conveyed through the smoothly painted cobalt hues of the sea and sky and the harmonious contrast with the surrounding muted greens, cadmium and ochres. The classically formulated and proportioned  composition leads the viewer to the vivid blue of the open water. There is a fluidity about the application of the paint that shows Boyd’s natural affinity for building the surface of the canvas though subtle shifts in tone and texture. It is a picture to be appreciated for its apparent sense of ease and feeling of tranquillity. The painting expresses affection both for the landscape itself and the sheer tactile – and restorative –  pleasure of paint on canvas.

Sydney Harbour was acquired by the pioneering advertising identity George Patterson, a contemporary of Boyd, who had also moved from Melbourne to Sydney, and established an agency that dominated Australian advertising for much of the 20th century. The work was subsequently presented to a fellow leader in the advertising industry, Keith Cousins, who joined Patterson’s agency as general manager in 1958, until his retirement in 1984. This work is being offered on the secondary market for the first time. 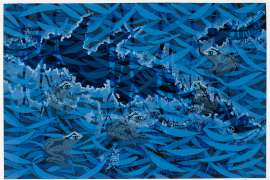 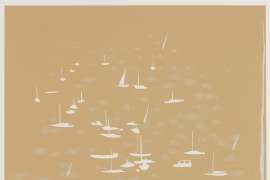 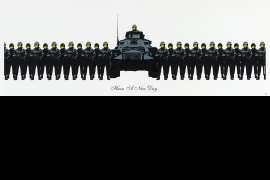 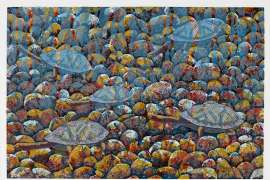